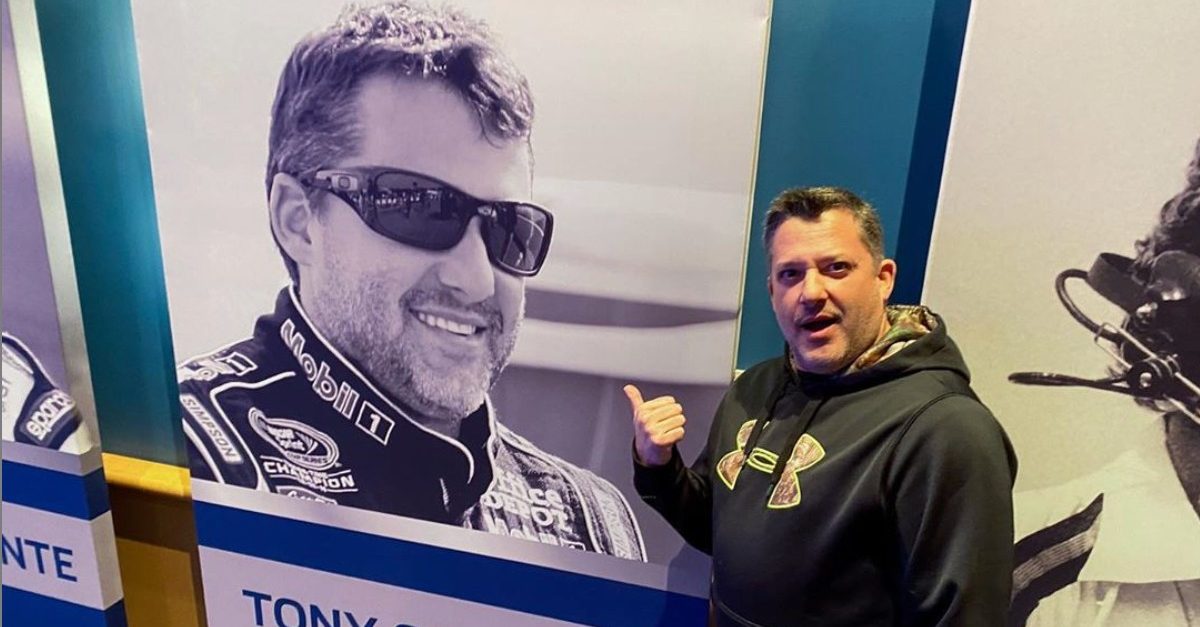 CHARLOTTE, N.C. (AP) ? Remember the old IROC Series, where the best drivers from various disciplines raced each other in equally prepared cars? It ran for 30 seasons before Tony Stewart won its final championship and the series quietly went away.

Now Stewart, along with fellow NASCAR Hall of Famer Ray Evernaham, has teamed with a group of heavyweights to bring an all-star circuit back in 2021. The Superstar Racing Experience plans a six-race, short-track series to air in prime time on CBS in a Saturday night summer spectacular.

Remember the old IROC Series? Tony Stewart and Ray Evernham are bringing back a modern day version — SRX — and read where they want to race and which drivers they want in the series: https://t.co/YnpuEJPmhO

SRX envisions fields of 12 drivers competing on famed short tracks across the country in cars prepared by Evernham, the architect of Jeff Gordon’s early career and a noted car designer. Stewart plans to be one of the participants and already has a wish list of drivers he’ll pursue, and he’ll likely offer up Eldora Speedway, his short track in Ohio, as one of the venues.

The idea was driven by Evernham, eager to see a series that featured cars that don’t rely on aerodynamics and reward mechanical grip and driver skill. The three-time championship winning crew chief and former team owner was able to talk the vision up to a heavyweight group of supporters that includes former NASCAR executive George Pyne, who also was President of IMG Sports before founding Bruin Sports Capital, as well as Sandy Montag, chairman of talent representation firm The Montag Group.

Stewart signed on and the vision was sold to CBS Sports chairman Sean McManus.

“With the backing from legends in the racing industry, the quality of the drivers and competition, and the atmosphere that short tracks will help to create, the Superstar Racing Experience is a great addition to our live summer sports programming that racing fans will embrace,? McManus said of the Monday unveil of SRX.

It’s an invigorating venture for both Evernham and Stewart, who have essentially been given a blank sheet of paper to create the type of racing they think will entice fans.

As Evernham told The Associated Press, he’s looking to build a full-body car that relies on existing safety advances, fits within a budget and ?is a car that the racing public can relate to, as well.? He’s had talks with at least one tire maker and is seeking manufacturer support.

?We envision a hybrid of all different series ? we don?t see it looking like a crazy dunebuggyish type car,? Evernham told the AP. ?To me, it?s got to be a really cool looking car that also puts it back in the drivers hands, mechanically-wide and allows it to be more affected by the pedals.?

Really excited to be part of this program with such great people. I can’t wait to be back at the track working with cars and drivers again https://t.co/zpZyErOrD9

Evernham doesn’t expect speeds to exceed 150 mph on half-mile tracks, and he listed Stafford Motor Speedway in Connecticut, Five Flags Speedway in Pensacola, New Smyrna Speedway in Florida, Eldora, Knoxville Raceway in Iowa and Terre Haute Action Track in Indiana as possible venues. Evernham would also like a road course and a modified oval on the track.

?You know, drivers retiring and being out of the sport so young and we think there are guys who still want to race, still can race, but just don’t want to run 200 mph,? Evernham said.

Stewart will be the main recruiter and plans to begin selling the series soon. He wants to lock in drivers before they commit to other things next summer, as well as work through conflicts that would prohibit their participation. Without a manufacturer currently on board, SRX hopes to avoid branding loyalties that would eliminate a driver from racing in the series.

?I always liked the IROC Series back in the day and even before I was old enough to be a professional race car driver, I looked at that as the cream of the crop,? Stewart told the AP. “When I got invited to run IROC, it was a huge honor. You were part of an elite group of drivers that got the opportunity to race each other. I always took that really seriously.

?When the series went away, I think it left a big hole. It didn’t needed to be filled then, but we have an opening now that gives an opportunity for guys like myself and a lot of the guys who will be invited who can still drive race cars, still have the ability, still want to race, to come back. Hopefully they will feel the way I did, like it’s a cool opportunity to take seriously and be looked up to as the best out there.?

SRX is planning for 90-minute races without pit stops ? but a ?halftime? for adjustments ? in a 2-hour television window. Evernham believes drivers will arrive and draw for both their car and crew chief ? which Evernham hopes comes from a pool of noted industry veterans. A short practice is planned and Evernham’s team will be responsible for building and maintaining the cars.