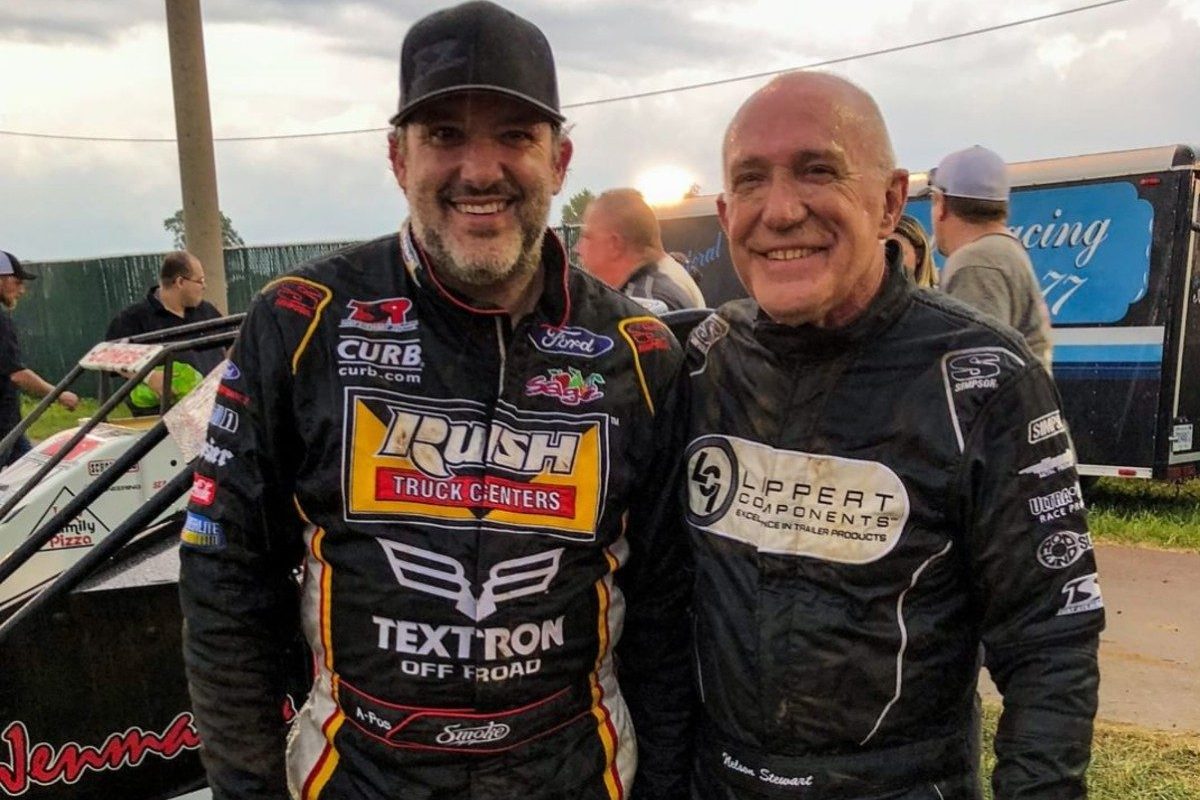 Back in 2016, Tony Stewart officially retired from NASCAR after a long and successful auto racing career. While Stewart keeps busy as a businessman and team owner and also still makes time race competitively from time to time, he has waffled back and worth on making a return to NASCAR and racing in the Indianapolis 500.

Ultimately, though, Smoke’s decision to hang it up manifested from a promise he made to his dad when he was just a kid, which Tony revealed to Kyle Petty during an interview on the NBC Sports YouTube channel series “Coffee With Kyle.”

“I got to where I was mad on Thursdays that I was leaving to go do what I was doing and I was like, ‘this isn’t right,'” the Stewart-Haas Racing co-owner said.

“My dad made me promise when I was eight years old when we started racing together, he said ‘the day that you’re not having fun doing this, promise me you’ll stop.’ And I think he meant if I was nine or ten or 11, but I never forgot that and I finally got to the point where I’m not having fun. Why am I doing this?”

"I wasn't a hothead for no reason."@TonyStewart opened up on his hot temper and why retaliation doesn't always come in an exclusive interview on the premiere of "Coffee with @KylePetty." pic.twitter.com/CvegwOxRfm

Discussing his thoughts on the new generation of NASCAR drivers and his reputation as a hothead, Stewart also dished on his shifting perspectives on racing as he’s gotten older.

“I’ve been at Eldora Speedway driving in my own car, in my own series that night at my own racetrack,” the NASCAR and IndyCar icon said. “You get mad at somebody, where do you go? You just literally go to the mirror and look at each other.”

“We’ve got one of those triple mirrors in our hauler in a small restroom. So I can look there and see three people, and it’s like that’s the best you can do is sit there and argue the point to yourself. I think that’s what helped me be a better (team) owner, track owner, be a better series owner. Because if you as a driver come up to me after a race and have a point you’re trying to make, I can understand it because I’m a driver, too.”

Who knows if Stewart will make his NASCAR driving comeback anytime soon? But, if he ever does decide to race competitively at the highest stage again, one thing’s for sure: It’ll be on his own terms.