IndyCar Champ Tony Kanaan Says 2020 Season Will Be His Last 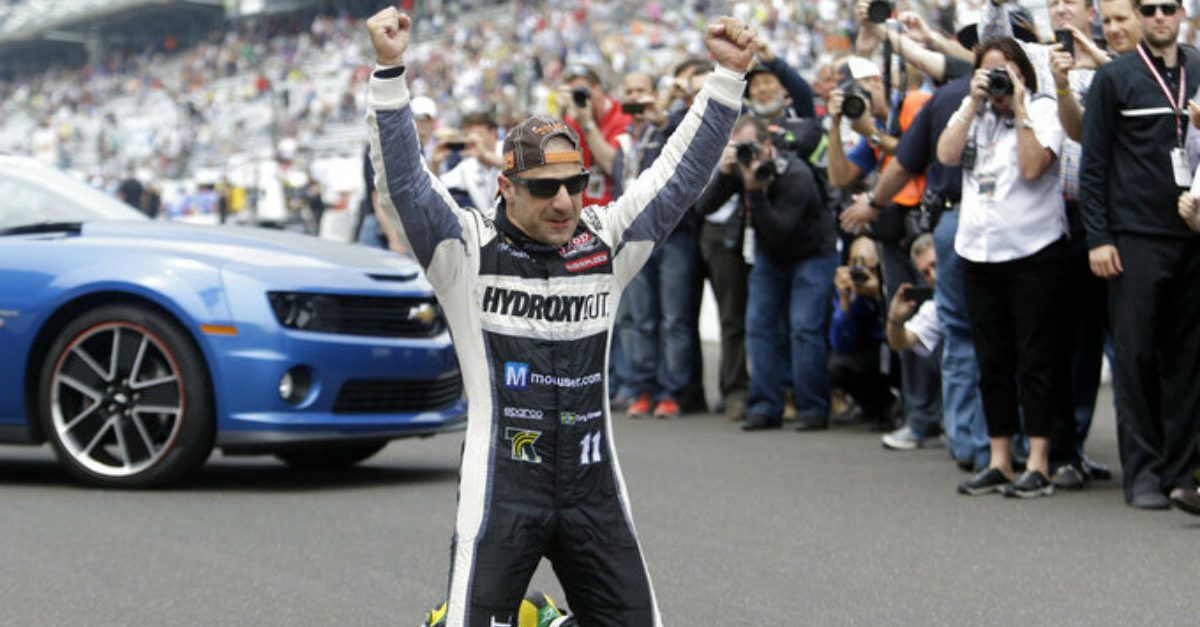 Tony Kanaan will close his wildly popular IndyCar career this season on a farewell tour of oval tracks and the Indianapolis 500.

The ?TK Farewell Tour? was announced Thursday at Indianapolis Motor Speedway, where Kanaan is one of the most revered drivers in speedway history.

Fans adore the wide-smiled Brazilian, who led laps many times in May but came up empty 11 consecutive times ? finishing in the top five in five of those defeats. His breakthrough came in 2011 with what is now Vasser Sullivan Racing, when Kanaan finally won the Indianapolis 500.

His career since has been a roller-coaster, as he parlayed that Indy 500 win into four seasons with Chip Ganassi Racing, and finally the last two at A.J. Foyt Racing.

Foyt has funding issues and longtime partner ABC Supply Co. said it was scaling back to sponsor just one race, the Indy 500. Kanaan gets that event in the No. 14 and and personal sponsors 7-Eleven, Big Machine Vodka, NTT Data and Bryant stepped in to fund the remaining four ovals on the IndyCar schedule.

🇺🇸 ⚠️🚨 ANNOUNCEMENT 🚨⚠️
2020 will be my last season as a primary driver in @indycar. I'll be racing the five oval races of the calendar, starting with the Indy 500 in May. I'm not retiring from motorsports, only announcing what I'm doing in 2020.#TKLastLap #INDYCAR pic.twitter.com/Yvc4vEh7RO

?I have mixed emotions,” Kanaan told The Associated Press. ?It wasn’t my decision to race only five races.”

The 45-year-old is a fitness enthusiast and prepared for this upcoming season as if he he might pull in some magical funding that could earn him a proper 23rd farewell season. Instead, he is another casualty of a poor driver market in which veterans are being squeezed out of their seats by drivers will little to no IndyCar experience.

A.J. Foyt Racing already this month announced Charlie Kimball would do a full season in the No. 4 Chevrolet. Kimball, who is diabetic, is bringing sponsorship from longtime partner and healthcare company Novo Nordisk.

?I always tried to remove myself and put on the owner’s shoes and think if I was the owner, what decision would I make. I try not to be selfish, I try to be fair,” Kanaan said. ?I’m not saying I’m done, but I’m stepping back a bit.”

The financial backing needed to keep the No. 14 on the track for a full season may require a handful of drivers. Sebastien Bourdais, fired abruptly from Dale Coyne Racing last month, could end driving four of the road and street course races. Bourdais said at the Rolex 24 of Daytona he’d have IndyCar races on his schedule this year.

Another driver in the mix for a large portion of the schedule is Dalton Kellett, a Canadian with six career podiums in 70 Indy Lights races, and he’s been full-time since 2016. Kellett was seventh in the standings driving a full Lights season last year for Juncos Racing.

Kanaan laughed at the idea that his is truly a ?farewell tour” since he will likely chase a seat in the Indianapolis 500 the next several years. Kanaan is eyeing the Ironman World Championships in October and other forms of racing, possibly sports cars, for his future. He will have the freedom to pick and choose, like his friend Jimmie Johnson, who is calling this upcoming NASCAR season his last and will then pursue bucket list events.

?This is my 23rd year in IndyCar, it’s tough that it will be my last,? Kanaan told AP. ?Hopefully the announcement opens some other doors for me.?

Kanaan is scheduled to debut this season at the Indianapolis 500, followed by races at Texas, Richmond, Iowa and finally Gateway near St. Louis on Aug. 22.

He won’t be absent from the other races, though.

Kanaan plans to attend each race and become more engaged with the fans. That won’t make it any easier when Kanaan’s record streak of 317 consecutive IndyCar starts ends March 15 at St. Petersburg. Scott Dixon has the second-longest active streak at 258 and would need to start every IndyCar race over the next 3 1/2 seasons just to match Kanaan’s mark.

?I have to prepare for that first race, when I see that green flag drop,” Kanaan said with the Borg-Warner Trophy placed between himself and Mark Miles, the president and CEO of Penske Entertainment, which owns the series.

Kanaan has 17 career victories dating to his entry in CART in 1998. He was caught in the split between North America’s successful open-wheel series and the upstart Indy Racing League, the series long re-branded IndyCar and recently purchased by Roger Penske.

When Kanaan finally arrived at Indianapolis in 2002 with Mo Nunn he was an instant fan favorite and fans draped themselves in Brazilian flags to honor the driver with the supersized personality and speedway skills.

He returned the next year in a dazzling 7-Eleven car with Andretti Green Racing and finished third to a pair of Roger Penske’s car.

The next year’s Andretti lineup was fierce with Kanaan, Dan Wheldon, Bryan Herta and Dario Franchitti. Kanaan led the organization as it finished second, third and fourth. He earned respect in the grandstands and was part of an Andretti team notorious for its pranks and wild adventures during the closing years of IndyCar’s heyday.

His most emotional moment in his illustrious @IndyCar career came at #IMS in 2013.

Today yet another emotional scene transpired for @TonyKanaan at #IMS when he announced that the upcoming 2020 @IndyCar season will be his final as a primary driver. https://t.co/tDa05MLhMw

Kanaan also won the 2004 series title and was selected IndyCar’s most popular driver in 2013. But he will walk away content and satisfied.

?This sport gave me everything I had. I met my wife in this sport,” he said. ?If you asked me that 15 years ago, maybe I’d say I got the short end of the stick. But after 23 years, I can’t say that. I got everything I wanted. I won the 500, I won a series championship, what else can you ask for?”