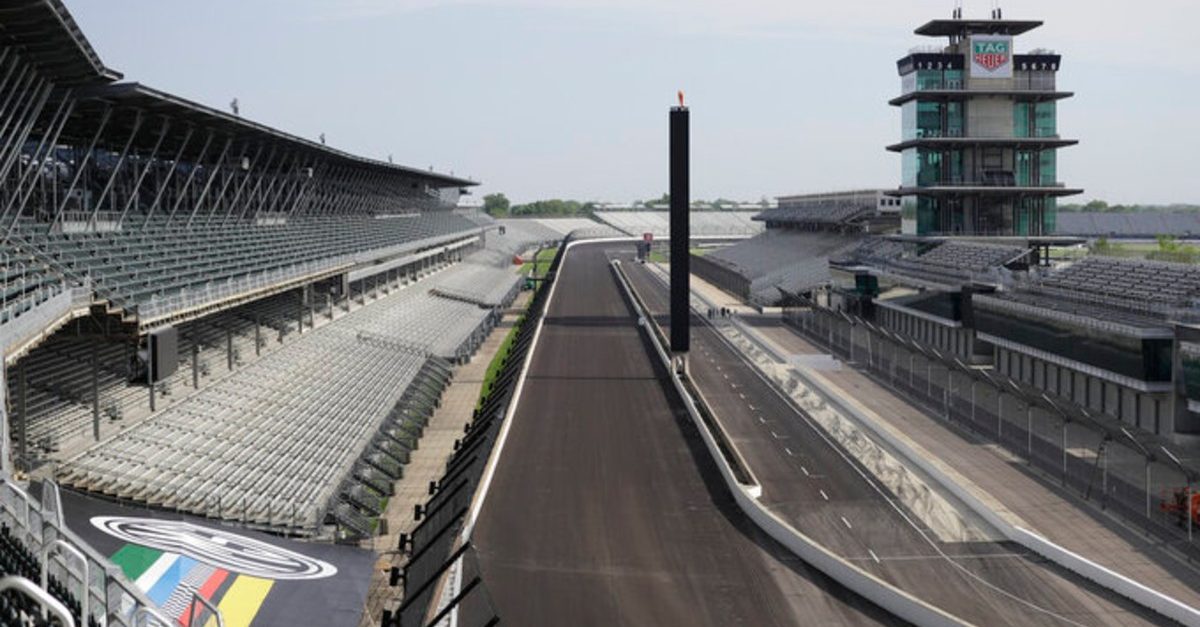 Roger Penske has reversed course and decided not to allow fans at the Indianapolis 500 later this month. The 104th running of ?The Greatest Spectacle in Racing? will be the first without spectators, who showed up at Indianapolis Motor Speedway every year, even during the Great Depression.

It was a flip for Penske, who purchased the iconic speedway in January and has spent every day since upgrading his new showplace to prepare for his favorite race. The pandemic forced the race to change dates for the first time, from Memorial Day weekend to Aug. 23.

Penske had initially said he wouldn’t run the 500 without fans. But as the pandemic continued to spread across the nation, the decision was made to limit capacity to 50%. The speedway then lowered that number to 25% and presented an 88-page manual on how to safely host spectators.

It is with great regret that we announce the Indianapolis 500 will take place on August 23 without fans. This tough decision was made following careful consideration and extensive consultation with state and city leadership.

Cases have continued to rise ? steadily in Indiana and specifically in Marion County, where the speedway is located ? and Penske told The Associated Press on Tuesday the reversal on the spectator policy was ?the toughest business decision I’ve ever made in my life.?

?We didn’t buy the Speedway for one year, we bought it for generations to come, and it’s important to our reputation to do the right thing,? Penske said in a telephone interview.

He said the financial ramifications of not hosting spectators ? which even at 25% capacity, the mammoth facility could have held about 80,000 people ? played no part in his decision. Rather, the continued increase of COVID-19 cases in Marion County made shutting out spectators the responsible decision.

As part of the plan introduced two weeks ago for 25% of fan capacity, spectators who had purchased badges that granted them access to the garage and pit lane was going to be permitted, as well as infield access. Although the speedway, which can hold at least 350,000 spectators, has the space for social distancing, Penske did not want to put fans or competitors at risk.

The situation was compounded last week when IU Health, the state?s largest health care system and a partner of Indianapolis Motor Speedway, said it opposed fans attending the 500.

?Until we sustain better control of this virus and its spread,? IU Health said in a statement, ?we strongly encourage IMS to consider an alternative to running the Indy 500 with fans in August.?

The letter blindsided speedway officials, who had worked with health officials on the comprehensive safety plan that included mandatory wearing of masks at all times inside the speedway.

IU Health said it ?appreciates? the speedway’s safety plan, but risks remained too high to host a large cluster of fans.

?We have concerns about the risks of infection beyond the scope of the IMS plan, including social gatherings, travel, restaurants, bars, accommodations and other event-related activities,? IU Health said. ?This could lead to a spike in COVID-19 infections as we continue to see cases and hospitalizations increase every day.?

Penske said the IU Health letter was ?disappointing” but did not force his hand. Instead, it simply came down to metrics of how the coronavirus is spreading through Indiana.

?The number of cases in Marion County has tripled while the positivity rate has doubled. We said from the beginning of the pandemic we would put the health and safety of our community first, and while hosting spectators at a limited capacity with our robust plan in place was appropriate in late June, it is not the right path forward based on the current environment,? the speedway said in a statement.

Bummed there won’t be fans at the Indy 500. That being said, we are lucky as a series that Roger owns it. We’re in good hands.

The first inkling that Penske’s group was waffling came Monday when the speedway confirmed to the AP that the opening day of practice scheduled for next Tuesday had been scrapped. The first day of practice will now be Aug. 12. The only other change to the schedule right now is the elimination of the Pit Crew Competition traditionally held on Carb Day, two days before the race.

The pandemic has obliterated the IndyCar schedule, with the series shutting down just two days before its March 15 scheduled season-opener. The schedule has undergone numerous alterations since, with a West Coast swing to Portland and Laguna Seca canceled last week and doubleheaders added to Mid-Ohio, Gateway in St. Louis and the road course at Indianapolis.

Then, days after announcing the latest schedule updates, the Mid-Ohio events scheduled for this coming weekend were postponed. IndyCar has run just six events since the season resumed June 6. Limited spectators have been allowed at doubleheaders at Road America in Wisconsin and at Iowa Speedway, where Penske had to be the race promoter for the event to be held.

Penske, just the fourth owner of national landmark IMS, has spent roughly $15 million on renovations to the historic property that he eagerly awaited showcasing for fans. His doubleheader weekend with IndyCar and NASCAR in July was held without fans and access to the property was limited to the competitors inside the facility.

He said ?the place looks even 50% percent better than it did in July? and takes solace that the IndyCar paddock will be able to get a closer look at the upgrades when the track opens next week. As for fans?

?Look, this is a long-term investment for us for many generations to come,? he said. ?We will continue to improve the speedway, the competitors will get to see it over the next two weeks and we believe this decision now regarding the 500 is in the best interest of protecting the 500 for the future.?