NASCAR Still the Sport for Blue Collar Kids, Even Veterans Are Pushed Out 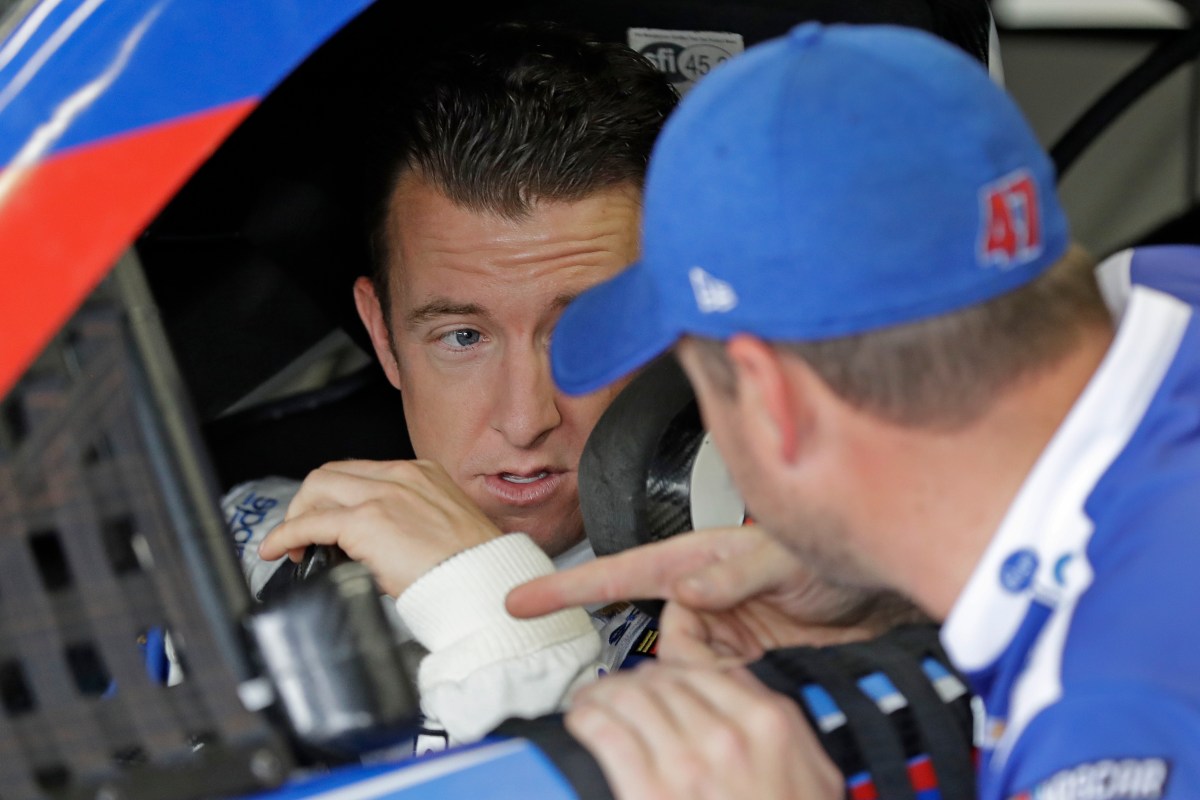 CONCORD, N.C. (AP) ? Jamie McMurray set a record at Charlotte Motor Speedway by winning his second career Cup Series start. Back for the 16th anniversary of that surprise trip to victory lane, McMurray is just another veteran at a career crossroads in NASCAR. McMurray doesn’t yet have a job for 2019. Neither does AJ Allmendinger or one-time Daytona 500 winner Trevor Bayne. Ryan Newman was released from Richard Childress Racing, Kurt Busch won’t be back at Stewart-Haas Racing and reigning series champion Martin Truex Jr. is a free agent because his Furniture Row Racing team is shutting down after the season.

Kasey Kahne and Elliott Sadler are retiring at the end of the season. Casey Mears never got a retirement tour, his job prospects simply dried up and he moved his family to Arizona over the summer. That’s how it goes these days in NASCAR. The former “Young Guns” who came in as a youthful wave of new energy early this century are now a bunch of aging graybeards fighting to hang on to their rides.

Both drivers have navigated a challenging ladder system in which competitive opportunities can be few and far between. Some of those “Young Guns” put together careers that have lasted 15 years or more with their earnings well into eight digits. The latest crop has had to wait for seats to open, had to secure their own sponsorship and sometimes drive for free.
That Hemric and Preece were promoted on the same day was not lost on either.

“Everybody says the path or whatnot of how we got here may not have been ideal, but at the end of the day you did whatever you could with what you had,” Hemric said. “And when you hear about things that can’t be done, I think today is a huge step in that direction to show that it can be.”

Hemric said he was hopeful the moves would inspire young racers in this uncertain market to keep going and trust their decisions. “If you do that, no matter how it shakes out, you’ll lay down at night knowing you gave everything you had. I think that’s what today is all about,” he said.

NASCAR is full of blue-collar kids who have scrapped to get to this level. Preece had a full-time job in the Xfinity Series in 2016 but was never going to win in the cars he was given. So he gave up the seat and took a chance that if he could get just a handful of races in one of Joe Gibbs’ cars, he was certain he could win.

Preece got a four-race deal for 2017 and won in his second start. It led to a few more races with Gibbs this year, another victory, and now a spot in the Cup Series next season. The path was Preece’s shot-in-the-dark at making it big.
“I just knew that I had tried everything to get the opportunity that I needed, and it just wasn’t happening,” Preece said. “And it wasn’t because of not being able to win. I’ve won a minimum of 17 races for the past four years. There have been plenty of wins. It’s just I haven’t gotten that opportunity.”

As NASCAR’s economics have changed with sponsors more scarce than ever, team owners have been forced to dramatically cut costs and cheaper drivers have become the norm. Hendrick Motorsports replaced Jeff Gordon with Chase Elliott, Dale Earnhardt Jr. with Alex Bowman and Kahne with William Byron. At 25, Bowman is the oldest of the trio.

Drivers like McMurray, Mears and Kahne have been the ones left standing without a ride. McMurray has been offered a job by Chip Ganassi to drive the Daytona 500 next season and then move into a leadership role with the team. The offer is presumably to make room for Busch, who has sponsorship in hand but wasn’t retained by SHR. Busch’s seat at SHR is up for grabs but will likely go to Xfinity Series driver Cole Custer, who is already in the SHR pipeline, or perhaps Daniel Suarez, who has been pushed into the job market because of Truex. Toyota can’t let the champion leave its stable, so Truex is likely going to take Suarez’s seat at Joe Gibbs Racing.

Newman took the No. 6 Ford at Roush Fenway Racing, and that displaces both Bayne and Matt Kenseth, who was called in from the sidelines earlier this year to split seat time at Roush and help the team improve its cars. Kenseth was only available because Gibbs let him go to make room for 22-year-old Erik Jones. Kahne tried to hang on this year after he was dropped by Hendrick, but driving for a second-rate team was less than fun and he’s decided to make this year his last.

Sadler’s sponsorship isn’t as strong as it once was and faced with driving for a smaller team that won’t contend for victories, he said he will retire from the Xfinity Series at the end of the season. JR Motorsports this week hired 20-year-old Noah Gragson to replace him.