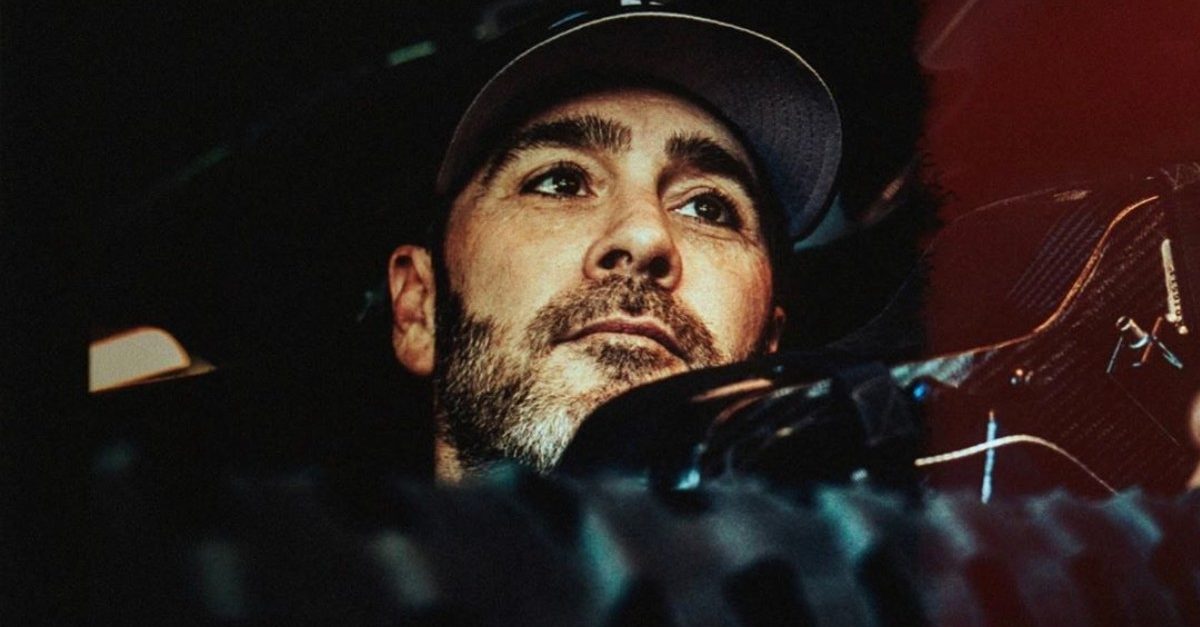 CHARLOTTE, N.C. (AP) ? Jimmie Johnson will transition from NASCAR to IndyCar with Chip Ganassi Racing in a partnership that could pair two of the most dominant drivers of this generation on one team.

The seven-time NASCAR champion will work with the Ganassi organization to finalize sponsorship on a two-year program for Johnson to run the road and street course races on IndyCar’s schedule. If funding is secured, Johnson would be teammates with five-time IndyCar champion Scott Dixon.

The partnership announced Wednesday would also leave room for Johnson to compete in select NASCAR events because Ganassi fields only two cars in the Cup Series. Johnson has spent his entire 20-year Cup career driving for Hendrick Motorsports, which is currently at the four-car maximum and would not have room for Johnson after he retires from full-time NASCAR competition in November.

Johnson, who turns 45 next week, tested an Indy car at Indianapolis Motor Speedway with Ganassi in July.

?Ganassi was highly motivated to give me a chance to drive a car to see what I thought and the experience was all that I hoped for and more,” Johnson told The Associated Press. ?I left a good impression with them where there’s definitely interest on their side and now it’s time to formalize things and get the ball rolling.?

Landing sponsorship is critical to the deal and Johnson said his personal team has had productive conversations with potential partners as his interest in IndyCar has increased. He’s had only two primary sponsors ? Lowe’s from 2001 through 2018 and Ally the last two seasons ? and prefers consistent branding.

Now Johnson will attempt to fill his 2021 schedule with approximately 15 events. IndyCar’s original 2020 schedule consisted of 12 road and street course events before the pandemic forced cancellations.

?We have some options that are interested in taking those primary rights for all 12 races, but there could be a scenario where you break it off into three-to-four race blocs for sponsors in areas that are most important for them,” Johnson said. ?But our goal is definitely to sell the primary spot to one and have that consistent look that I’ve had throughout my career. I personally would love to continue that.?

I will be soaking up the next nine weeks of my full time @NASCAR career. I’m sad to see it coming to an end but I’m excited to announce a future partnership with @CGRTeams in @IndyCar. pic.twitter.com/Y4VdVN0UP1

SEVEN-TIME AND THE ICEMAN

Johnson and Dixon are the winningest drivers of their generations in their respective formulas. Johnson’s 83 wins are tied for sixth all-time in NASCAR and the seven titles are a record he shares with Hall of Famers Richard Petty and Dale Earnhardt.

Dixon last month earned his 50th career victory, third all-time behind A.J. Foyt (67) and Mario Andretti (52). His five titles trail only Foyt’s seven, and he’s got a 96-point lead in the current championship chase. Dixon is the most tenured driver in Ganassi’s 30-year history at 19 years.

Johnson has developed an off-track friendship with both Dixon and former Ganassi driver Dario Franchitti, who is now a driver coach for the organization. Both were instrumental in piquing Johnson’s interest in IndyCar and Dixon assisted Johnson at the July test.

?The pairing is such a cool opportunity,? Johnson said.

Johnson said he had discussions with several interested IndyCar organizations, including Arrow McLaren SP. His first test had originally been scheduled with the McLaren team in April but was canceled because of the pandemic.

Ganassi put together an initial test for early July that Johnson had to cancel when he tested positive for COVID-19 but the organization got him on the track three weeks later. Once convinced he wanted to race in 2021 there were several interested organizations but the Ganassi partnership was the one Johnson pursued.

?To pair Jimmie with the likes of Scott Dixon is quite an opportunity. They are truly in rarified air and I think everyone knows by now that I like winners,” Ganassi said. ?The goal right now is for us to run Jimmie in an Indy car for at least the next couple of seasons, and we want to show people we?re serious about the program. We felt it was important to get the partnership done and start putting the financial building blocks in place to make this a reality.?

Ganassi has taken risks before; he brought Juan Pablo Montoya back from Formula One to NASCAR in 2006, and Franchitti tried NASCAR in 2008 during a one-season break from IndyCar.

Johnson is open to adding both marquee NASCAR races and sports car events to his schedule as he aims for 15 events a year. He said the Southern 500 at Darlington Raceway could be an easy sell because of the sponsorship opportunities on the throwback paint scheme weekend, as well as road course races and superspeedways.

?There’s a lot of hurdles to clear, but I’m open,? Johnson said.

Ganassi is backed by Honda in IndyCar so it will bring a temporary end to Johnson’s long relationship with Chevrolet.

Johnson has been supported by Chevrolet nearly his entire career and has never competed on the national level for another manufacturer. Chevrolet and Honda are direct competitors in IndyCar; Honda does not participate in NASCAR.

?I did have to make that call to my friends at Chevrolet and they completely get it,? Johnson said. ?Chip runs a Chevy NASCAR program and has won a championship for them in IndyCar, and you know, it’s not ideal but they understand the opportunity and hopefully there’s ways we can still race together.?