President Trump to Give “Start Your Engines” Command at Daytona 500 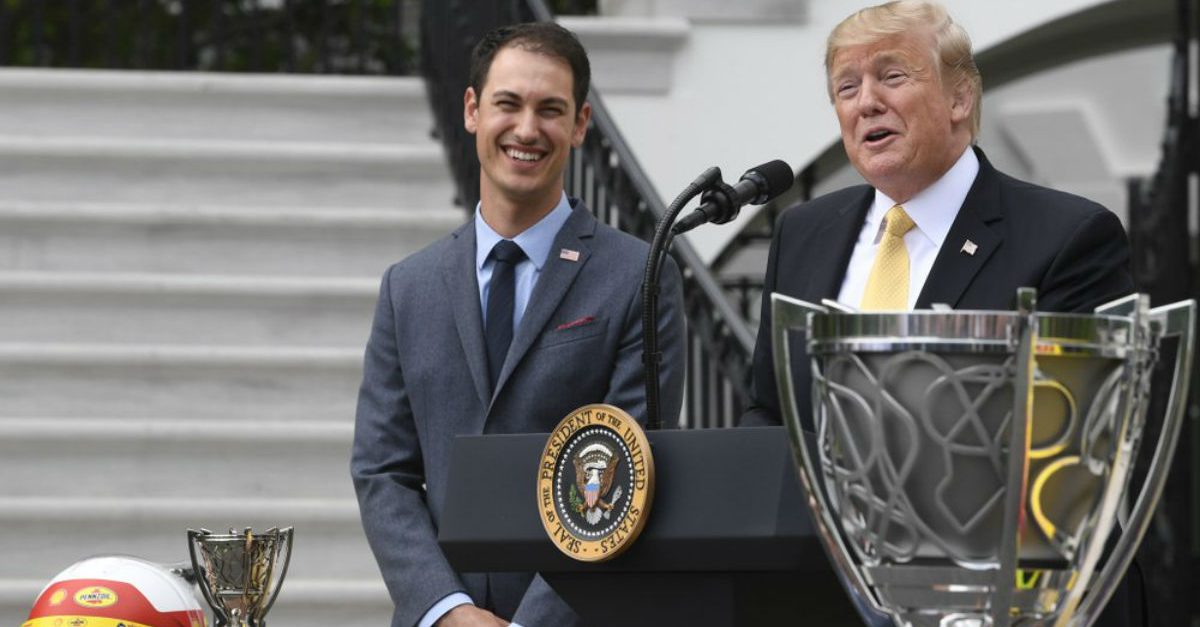 DAYTONA BEACH, Fla. (AP) ? President Donald Trump will give the command for drivers to start their engines before the Daytona 500.

Daytona International Speedway named Trump the grand marshal for NASCAR?s season opener, meaning he will deliver the most famous four words in auto racing. ?Gentleman, start your engines,? has been a staple of races around the country and world for decades.

You can feel the energy starting to build. #Daytona500 pic.twitter.com/2jgxpbTzk4

Trump is the third sitting president to attend a race at Daytona, but only the second to attend the Daytona 500. George W. Bush attended in 2004. Trump is the first to be given an honorary role in pre-race ceremonies.

Trump is scheduled to spend part of the Presidents Day weekend at his private club in Palm Beach, Florida.

The Federal Aviation Administration issued a flight restriction for Sunday and the U.S. Secret Service, which is responsible for presidential security, also tweeted to fans that drones are prohibited within 30 miles of the race in Daytona Beach ? a restriction put in place for presidential visits.

Ladies and Gentlemen start your engines but not your drones. The Secret Service is securing the @NASCAR Daytona 500 by providing a 30 mile “No Drone Zone”. Enjoy the race. pic.twitter.com/pHjp7Bvwix

Trump has hosted previous NASCAR champions at the White House and last October awarded the Presidential Medal of Freedom to motorsports titan Roger Penske. Last year, Trump also praised retired driver Mario Andretti, the Daytona 500 winner in 1967, reminiscing about a ride Andretti gave him in a race car for his reality show ?The Apprentice.?

?I said, ?Mario, get me out of here. I want to get out of this car,?? Trump recalled. ?We went so fast. We literally — we covered four blocks in like a second.?