Remembering the Most Iconic Moments in Daytona 500 History 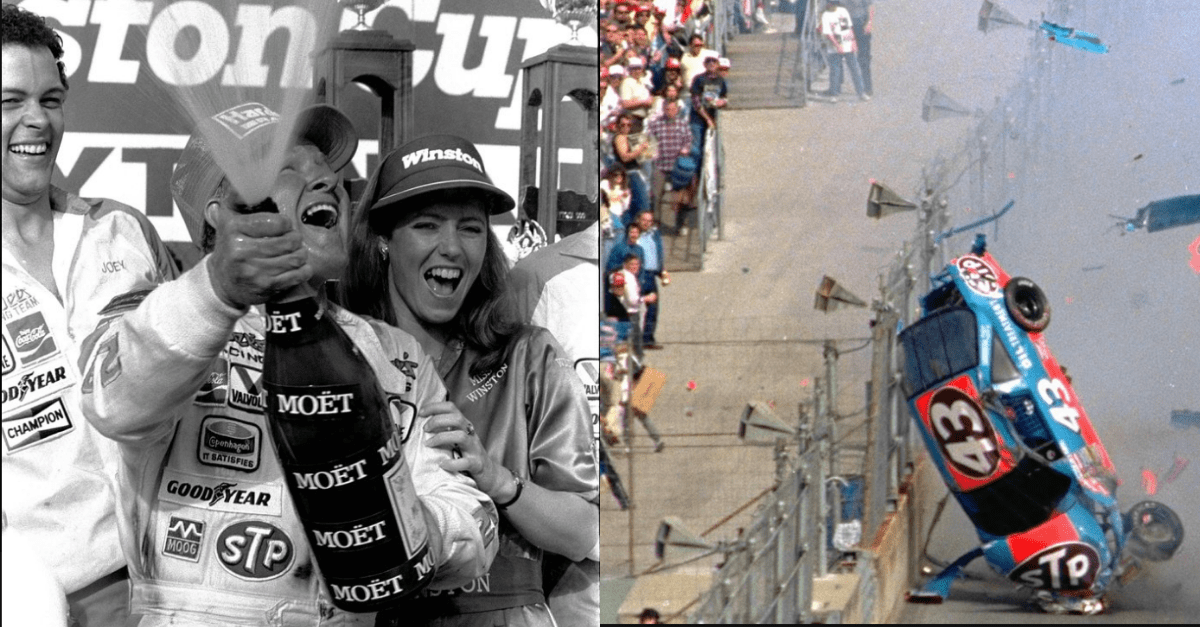 DAYTONA BEACH, Fla. (AP) ? Daytona Beach became the unofficial ?Birthplace of Speed? in 1903 when two men argued over who had the fastest horseless carriage and decided things in a race on the white, hardpacked sand along the Atlantic Ocean.

Since then, the community of 61,000-plus in the heart of Florida?s Fun Coast region has become a motorsports mecca, with a long, storied history filled with thrills, glory and tragedy.

The speed competitions along the beach by 1958 had graduated to stock cars, which used a 3.2-mile course that combined both the beach and the city of Daytona. Bill France, then a local mechanic, entered the inaugural race on March 8, 1936, and finished fifth. France dabbled in racing for 10 years, became a promoter and founded NASCAR in 1947.

By 1953, France recognized that development was going to make it nearly impossible to continue racing a course that utilized the city and the beach so he began plans on a permanent speedway. He signed a $2.5 million agreement a year later for what he decided would be a 2.5-mile tri-oval circuit with 31-degree banking.

It was a wildly ambitious plan.

?The World Center of Racing? was completed in 1959 and hosted the first Daytona 500 on Feb. 22. A crowd of more than 41,000 watched a field of 59 cars race for a purse of less than $70,000. The finish was so close it took three days to determine Lee Petty had edged Johnny Beauchamp.

The Daytona 200 motorcycle race continued to run on the beach until it moved to the speedway in 1961, and the next year the venue hosted the inaugural running of the Rolex 24 at Daytona endurance sports car race.

In 1961 during a pair of Daytona 500 qualifying races, both Lee Petty and his son, Richard Petty, were injured in separate accidents in which both went over the guardrail. Oddly, both incidents happened on Lap 37 of their respective races. Lee Petty suffered serious injuries in the second qualifying race, while Richard Petty suffered minor scrapes and a sprained ankle in the opener.

The next year, local star Glenn ?Fireball? Roberts finally won a major event in his hometown when he captured his only Daytona 500.

In 1976, Pearson and Petty crashed battling for the lead coming out of the fourth turn on the last lap of the Daytona 500. When both cars came to a rest, they had still not crossed the start/finish line. Petty?s car wouldn?t start but Pearson dumped the clutch and kept the car in neutral to slowly cross the finish line to capture the only Daytona 500 of his career. The finish was the slowest under green flag conditions in race history.

Janet Guthrie in 1976 became the first female driver to compete in the Daytona 500, and finished 12th. Three years later, the race was televised live for the first time in event history by CBS Sports and Cale Yarborough and Donnie Allison crashed on the final lap while battling for the lead. Yarborough and Allison then began to fight, and Allison?s brother, Bobby, joined the brawl.

Cale Yarborough in 1984 was the first driver to win the pole at Daytona at more than 200 mph with his lap at 201.848 mph. In July for the Firecracker 400, President Ronald Reagan was grand marshal and gave the command to start the engines. Reagan witnessed Richard Petty?s historic 200th NASCAR win and it marked the first time a sitting president attended a race.

The first restrictor-plate Daytona 500 was in 1988 when Bobby Allison held off his son, Davey, in the race?s only father-son, one-two finish. Allison became the oldest Daytona 500 winner, too, at 50 years, two months, 11 days.

Dale Earnhardt suffered one of the greatest upsets in Daytona 500 history in 1990 when he cut a tire in the third turn of the final lap and Derrike Cope stole the win. In 1998, in his 20th attempt, Earnhardt finally earned his first and only Daytona 500 victory.

Three years later, Earnhardt was killed in a crash on the final lap of the race. The event was won by Micheal Waltrip, his first career victory in his 463rd career Cup start. Waltrip was driving for Earnhardt.

NASCAR returned to Daytona that July still reeling from Earnhardt?s death and the 400-mile night race was won by Dale Earnhardt Jr. It was his first career Daytona victory and came 11 years to the day that his father got his first NASCAR Cup Series win at Daytona.

Ryan Newman in 2008 won the 50th running of the Daytona 500, using a huge push from teammate Kurt Busch to pass Tony Stewart on the last lap and give motorsports titan Roger Penske his first Daytona 500 trophy.

Danica Patrick?s eighth-place finish in 2013 made her the highest-finishing woman in the Daytona 500 and the first to lead laps under a green flag.

Later that year, International Speedway Corp. announced a $400 million renovation to modernize the speedway. The massive project broke ground in July 2013 and the venue was completed in January 2016 for the 54th running of the Rolex 24. The redesign included five expanded and redesigned entrances, while three different concourse levels featured social areas, or ?neighborhoods.?

In 2019, the speedway hosted its final July Fourth race, ending a long, sporadic tradition as the event was moved to August. From 1959 through 1987, the race ran on July 4 before being moved to the Saturday of the closest weekend to the holiday. It was a daytime race until 1998.