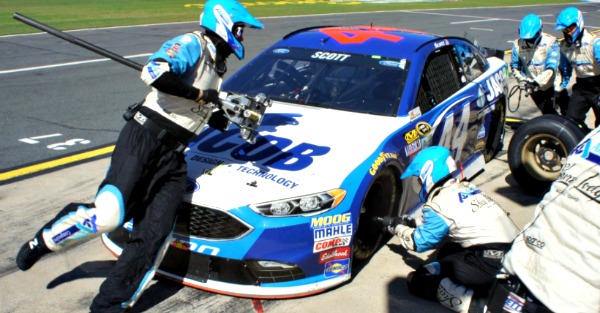 On Friday, Andrew Murstein, co-owner of Richard Petty Motorsports, unovield a radical idea to help keep the party going in NASCAR: A spending cap. Murstein talked to NBC Sports to outline his idea to cut costs while leveling the playing field between teams.

?Every single league has a cap now these days, it creates a level playing field,?? Murstein said. ?It?s salaries ? its wind-tunnel time, it?s the whole kit and caboodle. It?s better for the fans, I think, if there is a level playing field. No one can outspend the other guy. It?s better for the owners. It creates more competition, more excitement.??

What makes it far more restrictive — he’d also like to see a luxury tax system, similar to the NBA and Major League baseball. Any team that spends over the cap would be taxed on that excess and give back to the NASCAR. He explains further,

?Kind of punish the ones that don?t care about spending and that extra money goes into a pool that would help the other owners, and hopefully they would use their money to make their cars more competitive, too.??

He got the idea from a dinner last month that included the owner of the NFL?s New York Giants, John Tisch. Murstein said,

?(Tisch) was shedding a lot of light on why that league was so successful both from fan interests and from the economics of the sport.??

And, his proposal is gaining a lot of attention:

Torch bearers could include RPM's Andrew Murstein, who told Brian France he'd like to see a spending cap in NASCAR — https://t.co/1esOStO9Xh pic.twitter.com/tYPGKPgJgz

This would be a radical change to the landscape of the sport, but one that could actually lead to better racing as more teams can find consistent speed and small teams could close the gap on the established racing shops. Murstein reiterated that he doesn’t think NASCAR necessarily needs to be shaken up, but any tweak that could help is worth a shot.

?It?s a fantastic sport,” He said. “I go to every other sporting event in the world and none parallel NASCAR, but the direction of it right now needs to be, I think, spun a little bit differently.”

As for if the rest of NASCAR would be open to such a change, he is confident, saying:

?It could happen if the owners get together and I?m sure the ownership of NASCAR would be behind it, so I think it?s more an ownership issue than a NASCAR issue.??

Related: NASCAR finally listens to its fans and scraps its most controversial rule