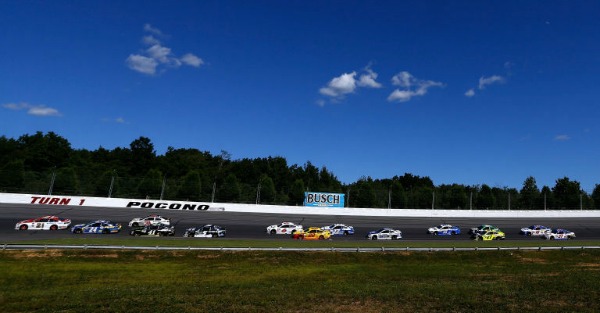 Effective immediately, NASCAR has listened to its fans and made a major rule change. The much-maligned overtime line will never again drive fans and drivers to twitter-rants. The unpopular rule was mostly criticized for being confusing and over-complicating what should be a simple sport.

?After many discussions with key figures throughout the industry, we recognize that having the start/finish line serve as the standard Overtime Line position will benefit the race ? and, most importantly, our fans. We are implementing this immediately, starting with this weekend?s races at Watkins Glen International.?

Overtime itself will still exist as NASCAR wants every race to finish under a green flag. The new rule, instead of an arbitrary line at some point on the track, uses the start finish line as the standard. The lead driver will not have to complete a full lap under green for the race to be considered complete.

While the arbitrary overtime line disappearing is met with almost universal praise, it doesn’t totally solve the problems NASCAR has been having with ends of races dragging on for too long.

?We are still going to have unlimited attempts to finish races. That?s the one thing that doesn?t change. It?s still going to be in the hands of NASCAR to determine when they are going to throw the caution flag if something is happening behind the leader.

“There is still going to be controversy along the way, but I do applaud them for going back to this. A line somewhere on the back straightaway never made any sense. Everyone now knows, from the beginning of the race, where the overtime line is. You cross it every lap.?

Dale Earnhardt Jr. also applauded the move, even though he was a key figure in its inception:

👍🏼 Good move. Other idea didn't pan out. I'll take any amount of responsibility for it. https://t.co/m9MJZpQJ0d

While we could still be saddled with endless races and countless attempts to finish under green, getting rid of the maddening overtime line is sure to make each race a more enjoyable experience for everyone.