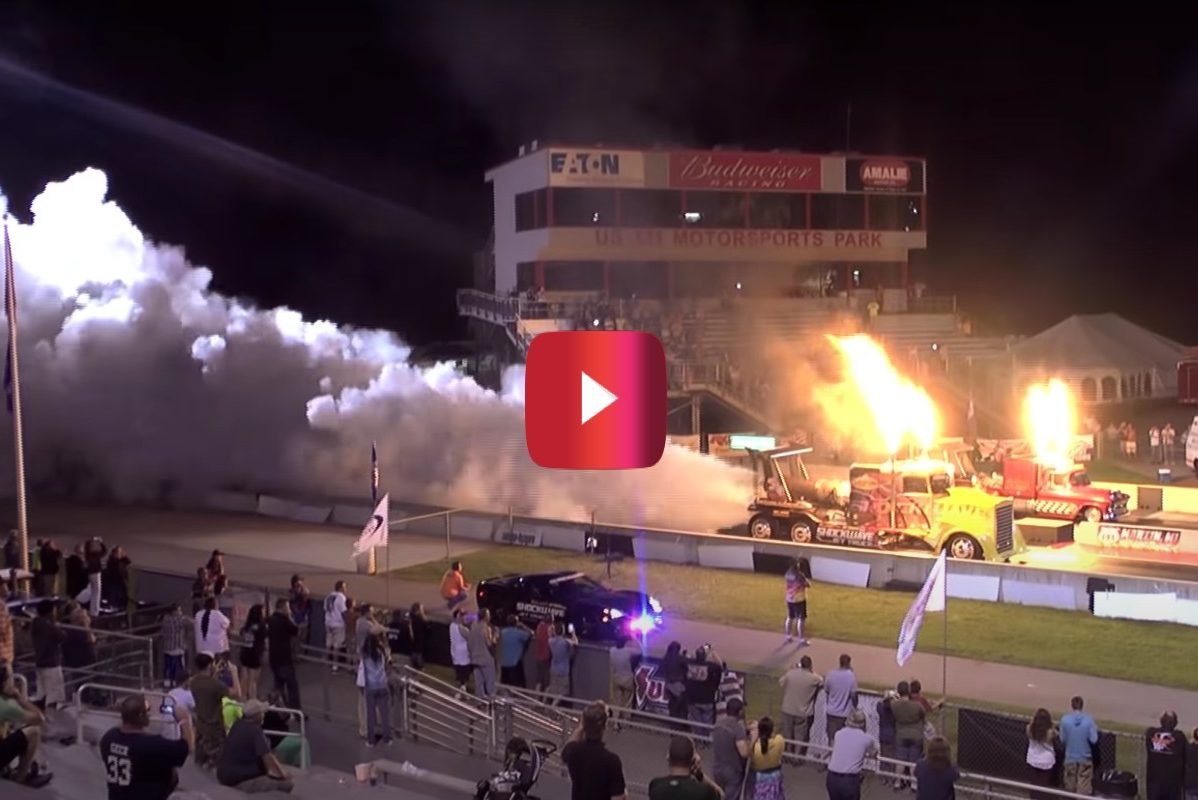 What we’ve got here is two semi trucks packing 60,000 horsepower. Yep, you read that right. 60,000. With five zeros. Don’t let the semi truck exterior fool you. These jet trucks are basically just grounded airplanes. Hence the “jet” in the name.

With a name like Shockwave, you’d expect these beastly specimens to be featured in one of Michael Bay’s Transformer movies. There’s no CGI garbage here though, just pure high-octane racing that’s been turned up to 11. We’re talking smoke, fire, crazy jet engine noises. All that good stuff.

In the badass video below, watch two Shockwaves make their drag strip debut at Martin, Michigan back in August 2013, taking on another Shockwave truck. Talk about a pure adrenaline rush.

Pretty awesome, right? Now, for a little background information. Shockwave is actually one of three jet-powered American trucks. The first of the Shockwave trucks, a Peterbilt semi, holds the world record for jet-powered full-sized trucks at 376 MPH. This beast is packing three Westinghouse J34-48 jet engines, allowing the truck to complete the quarter-mile in 6.63 seconds. To even keep this thing on the 6,800 pound truck on the ground, the engines need to be arranged in a pyramid formation and tilted at a three-degree angle.

There’s also the Super Shockwave, which is built on a 1957 Chevy truck cab and has two Westinghouse J34-48 jet engines. When running a full mile, the Super Shockwave is able to go up to speeds of 336 MPH. Surprisingly, the Shockwaves use conventional truck tires, though 85 pounds of tread gets shaved off each tire to reduce the tire’s weight. These keeps the tread from getting absolutely shredded while the trucks travel at 300+ MPH. As if it weren’t already clear, these souped-up monstrosities DO NOT mess around.