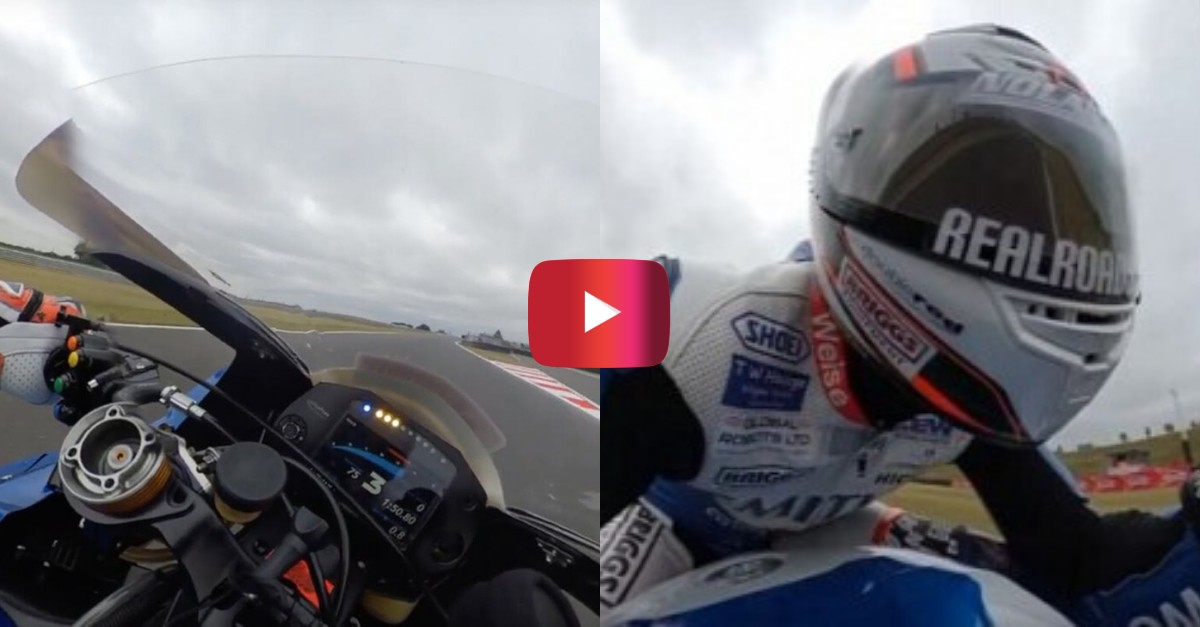 Motorcycle racing is one of the most high-octane motorsports out there, and if you don’t agree, well, then, you just haven’t seen good motorcycle racing. The motorcycle racers around the world that compete at the highest level push their bikes to ridiculously high speeds and put themselves in a ridiculous amount of danger because of it. Throw in the fact that they’re exposed to the elements, and you’re basically just adding fuel to the fire.

But, sometimes it can be hard to really tell how extreme motorcycle racing is just by watching like your average Joe on TV. That’s why British Superbikes racer Peter Hickman and photographer Amanda Leeming teamed up to give us an up-close-and-personal look at the intense reality of motorbikes cruising at lightening-fast speeds. In the below 360-degree video, you can watch Hickman take to the Snetterton Circuit in Norfolk, England in his BMW S1000RR.

Read More: Wheels on a Supercharged Yamaha Snowmobile? You Need to See This in Action!

Now THAT was one hell of a ride, wasn’t it?! Props to Leeming for providing the incredible footage. She used an Insta360 One R Twin Edition camera, attaching it to the motorcycle’s headstock using a GoPro mount and a cable tie. Gotta love when everything works out from a production standpoint.

Of course, this all wouldn’t have been possible without Hickman’s expert driving. To give you an idea of what he was working with in the video, the racer’s S1000RR is capable of getting up to 200 MPH. Now, a little background on Hickman: He holds a record for being the fastest newcomer ever at the Isle of Man TT, which is a motorcycle racing event that has been touted as one of the most dangerous racing events in the world. The British racer clocked in a fastest average lap speed of 129.104 MPH and an average race speed of 125.38 MPH.

Needless to say, he was one of the best guys for the job.