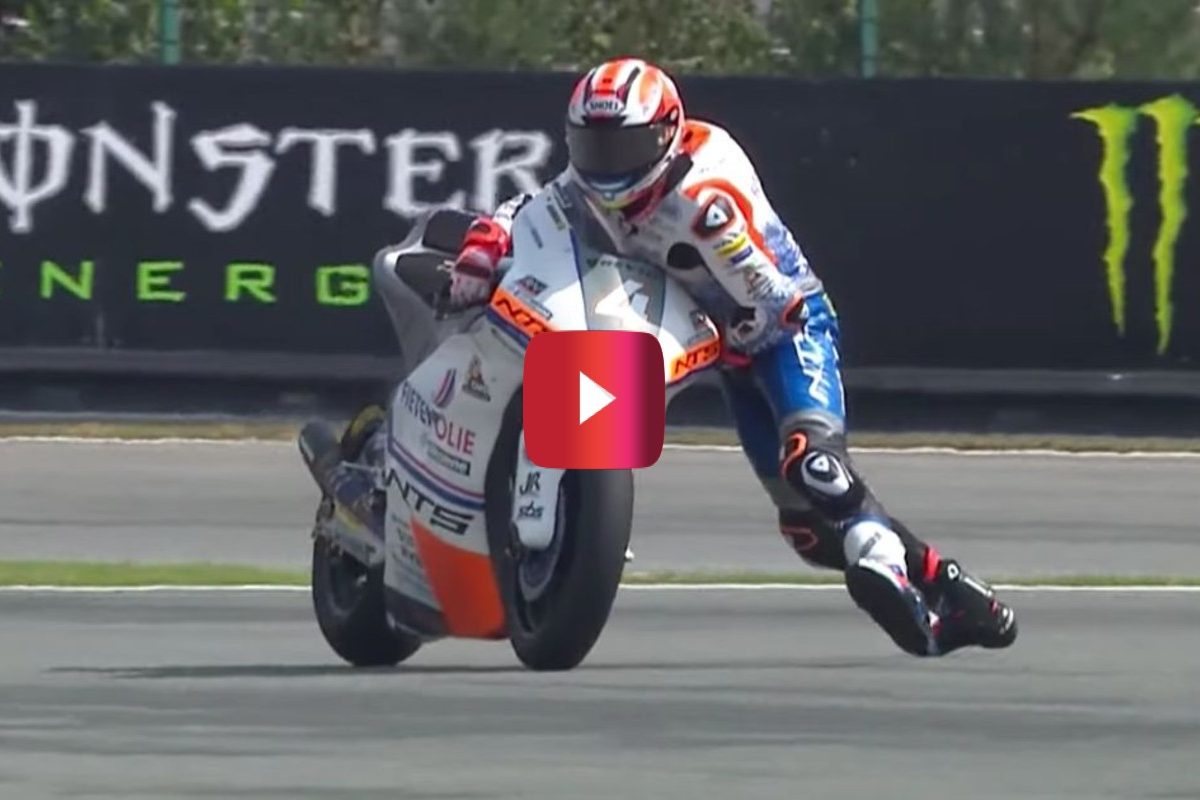 From Alex Marquez’s save at the Moto2 Japanese Grand Prix that showcased an incredible amount of upper body strength to Tetsuta Nagashima surfing his bike to safety at the Austria Motorcycle Grand Prix, we’ve seen some pretty incredible motorcycle racing saves and recoveries over the past couple of years.

Another one of these ridiculous saves came from the now 28-year-old Steven Odendaal at a MotoGP race in Brno, Czech Republic back in early August 2019. The track at the Automotodrom Brno was wet that day, so when the South African racer came out of turn 13, the damp conditions caused his bike to wobble and slide.

While he could have easily been thrown, Odendaal managed to somehow regain his balance and bring his bike to a stop, before getting right back on. Incredible stuff!

What a save by Steven Odendaal's in free practice session 3 of the Czech GP!#MotoGP #Moto2 #Motorsport pic.twitter.com/0Kqn2DSDpS

Born in Johannesburg, South Africa, Steve Odendaal started his active Moto2 motorsports career in 2011, during which time he has raced for MS Racing, AGR Racing (Speed Up), and NTS RW Racing GP, which is his current team. He has also raced in 54 MotoGP races.

In 2014 and 2015, Odendaal put in some hard work on the track and won the South African national Super600 Championship. In 2016, the motorcycle racer won the European FIM CEV Repsol Championship. From 2012-2017, he racked up six wins, 22 podium appearances, and seven pole positions in 50 races run in the FIM CEV Repsol.

In 2017, Odendaal finished in 3rd position overall in the European Moto2 Championship and also claimed his third South African 600cc national title, even though he missed four races that season. In 2018, he made the move to the Moto2 World Championship, where he began his start with NTS RW Racing GP.