Motorcycle Racer Saves Himself From Wreck, and the Slow Motion Footage Is Incredible 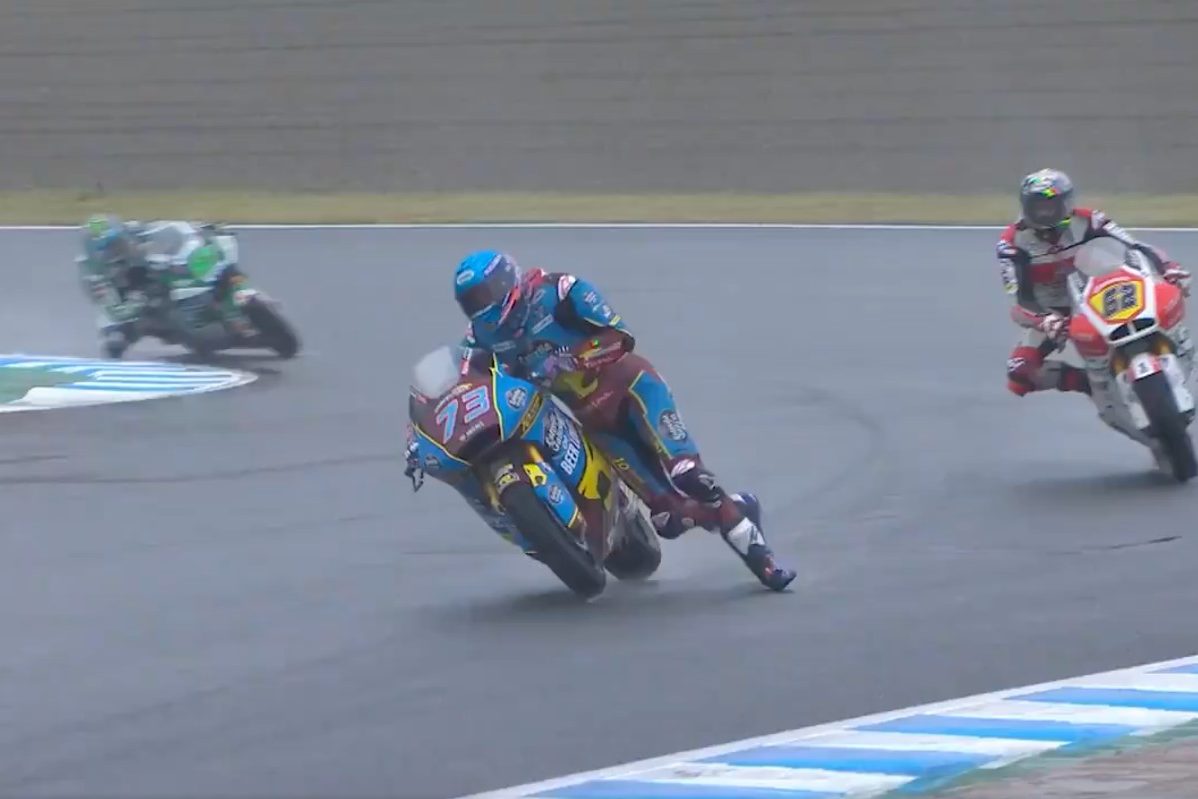 Alex Marquez is an absolute freak of nature. And, I mean that in the best way possible

On October 19, 2019, the now 25-year-old motorcycle racer from Spain was racing in the third free practice session of the Moto2 Japanese Grand Prix when the rear end of his bike slipped on the wet track. This caused him to get launched COMPLETELY out of his seat, which would have meant absolute disaster for most motorcycle racers.

But, somehow, Marquez was able to keep a tight grip on the handlebars and bring his body back down next to his bike, balancing all the way to the pit wall before finally remounting. Talk about some ridiculous body strength. Just check it out in slow motion!

Alex’s older brother Marc Marquez — a motorcycle racer who’s pulled off some pretty wild saves in his day as well — had nothing but praise to heap on his little bro for the insane stunt.

?He?s surpassed me. If I did that last year, I would have dislocated the shoulder,? said Marquez, according to Motorsport.com.

?I’ve seen it 50 times and I’m not tired. These things happen once or twice in a lifetime. It has saved a possible injury. I wish I had seen his panicky face under the helmet.?

Marc Marquez, whose left shoulder injury required him to undergo surgery in the 2019 off-season, knows all too well the toll that racing at 200 MPH can have on your body. The slightest lapse in concentration, and Alex could have looking at a much more dire scenario.

Though, thanks to his quick-thinking moment on the track, Marquez earned himself a 40-point lead in the Moto2 standings and went on to finish sixth in the Moto2 race.

?The save, this kind of save you can only do when you are extra concentrated,? added Marc Marquez, who ended up winning the MotoGP Japanese Grand Prix on October 20. ?He is in a very important moment in the championship so he’s fully concentrated because he wants to do it [win the title].

?He was very lucky – not for save, [but] because they record [it] in a very good way, even in slow motion, so he will have this video for all his career.?