How Much Does GM’s CEO Make in a Year? 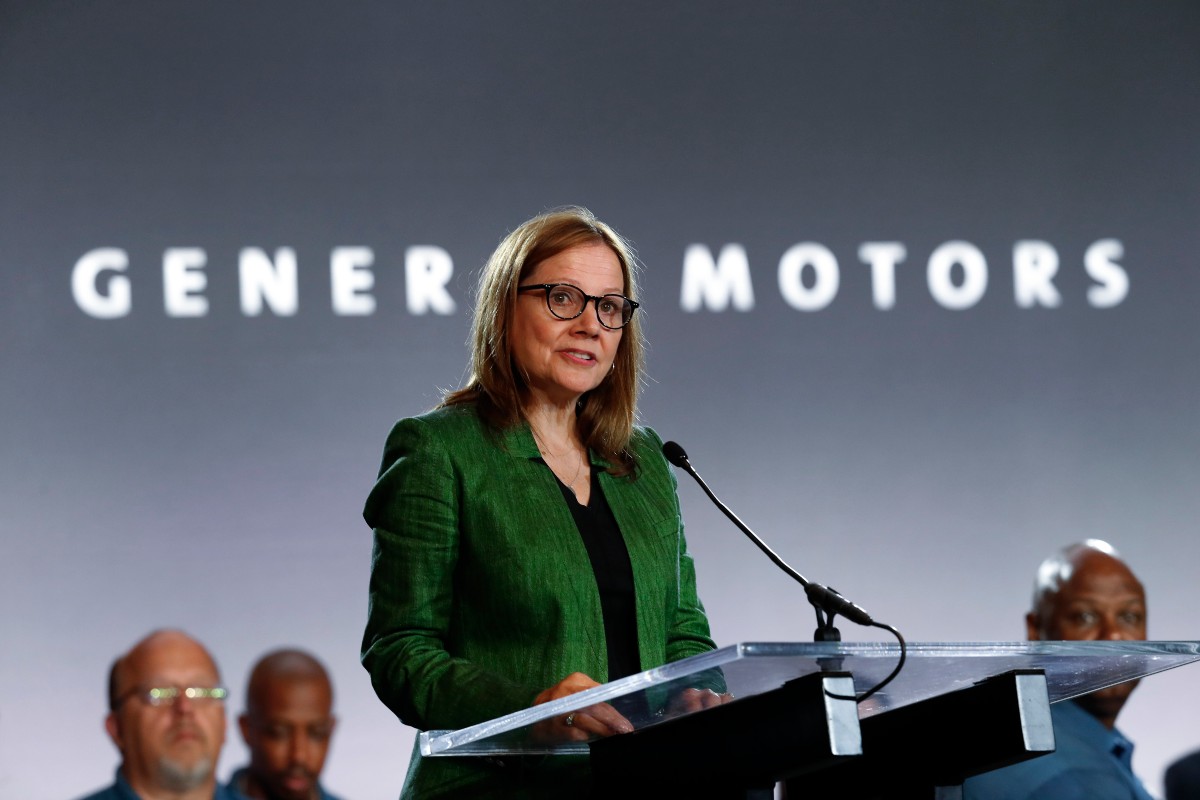 Being the CEO of General Motors probably comes with a ton of perks… and stresses.

First of all, it can’t be an easy job, overseeing absolutely everything about General Motors Company’s operations around the world. You’ve got product development to oversee, supply chain to manage, human resources and public relations nightmares to resolve, and oh yeah, you’re the head cheese for global brands such as Chevrolet, Buick, GMC, and Cadillac.

Plus, you’ve got to keep up with production during that pesky pandemic.

General Motors CEO Mary Barra clearly has a tough job, but does the compensation match?

First things first: GM CEO Mary Barra is a car person, through and through. She was born in Waterford, Michigan, where her father Ray Makela was a GM diemaker for 39 years. After high school, Barra enrolled in a Pontiac Motors Division program as a co-op student, as part of the General Motors Institute (now known as Kettering University). She has her bachelor’s in electrical engineering, and earned a GM fellowship in 1988 to attend Stanford Business School, where she received her MBA.

Not surprisingly, her first job out of college was with the automaker. She has truly worked her way up the ranks, with previous roles in Internal Communications, and even served as a Plant Manager.

This is a person who has been on the floor at GM and actually knows how everything works. She has inspected fenders and gotten her hands dirty, which is something many automotive CEOs today can’t claim. Her first car was a Chevette, her one true love is the Camaro convertible, and she drives an Escalade. If anything, she’s fully on brand.

During her time as a co-op student at Kettering University, she met and married Anthony Barra. They continue to live in the Detroit area with their two children.

How Much Does the CEO of General Motors Make?

So, in the corporate world, you don’t just get paid. You get your base salary, of course, but that’s just part of your total compensation package, which includes bonuses, benefits, stock awards, paid travel, paid time off, incentives… basically, any time the company spends money on you, it’s tied into your compensation package.

As a comparison, former Ford CEO Jim Hackett’s 2019 total compensation was approximately $17.4 million. Then again, look how that turned out.

How Does That Rank Against Other CEOs?

Barra’s pay as Chief Executive Officer of General Motors — a role she has held since 2014, by the way — makes her the highest paid auto CEO in the world.

Now, you may be wondering “What about that Tesla guy? Doesn’t he get paid more?” Yes. Elon Musk makes billions of dollars each year, but Tesla is not strictly a car maker. Technicalities, folks.

With the 2019 median employee salary at GM hovering around $106,715, it seems that Mary Teresa Barra, the first female CEO of General Motors Co., is making some serious bank. But, bear in mind– she doesn’t even break into the top 10 highest-paid CEOs in the world.

As CEO of General Motors and Chairman of the Board of Directors, Mary Barra holds a lot of power. In fact, she’s been ranked as one of Forbes’ “Most Powerful Women,” and made the cover of Time Magazine’s “100 Most Influential People in the World.”

But, as her history confirms, Mary Barra is more than just a really big paycheck. She really knows her stuff when it comes to the automotive industry, and truly came in on the ground floor.