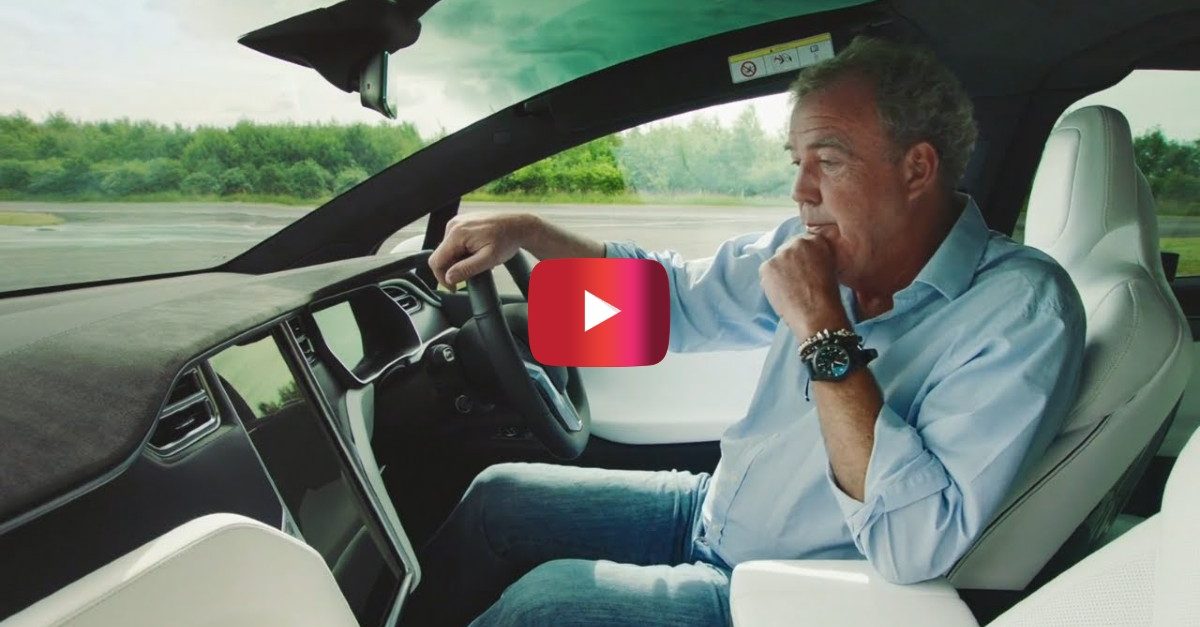 You may remember way back when BBC’s Top Gear presenters decided to review the Tesla Roadster. Well, that particular event happened to end in a spat with Elon Musk and a libel lawsuit, but that’s a story for another time. The point is, they took a break from reviewing any new Teslas after that. However, with the electric sports car automaker continually breaking new grounds, it was getting harder to ignore Tesla’s presence.

Back in 2018, nearly 10 years after the Roadster car review, Jeremy Clarkson decided to take the Tesla Model X out for a drive. This took place on the new show, Amazon’s The Grand Tour, where Jeremy, along with co-stars Richard Hammond and James May, tested multiple different SUVs to see which was best for the real world.

Clarkson seemed to have high hopes for the electric car from the very start. The review starts with some beauty shots of the electric vehicle, with Clarkson complementing both the exterior and interior styling. Most importantly, he states that he’s intrigued with this car because “it represents a whole new way of thinking about what a car actually is.”

He continues to dive into the special functions that the SUV offers, and shows off the massive screen that sits on the inside of the vehicle. It doesn’t take long before the Jeremy Clarkson review transitions to the public motorways for some road tests. Here, the Grand Tour host showcases the autopilot functions, which closely resemble an almost fully autonomous vehicle.

One of the more interesting parts of the review is when he puts this Tesla Model X up against a 600-horsepower Audi R8 for a drag race. With all the technology implemented, it can take away from the thrill of actually putting the pedal down, so Clarkson wanted to show what this thing was capable of. With the Tesla’s instant acceleration, it rockets into the lead from the jump, but as the race nears the end, the R8 was right on its tail. The Tesla pulls of the win and definitely impresses Clarkson.

Overall, he was pretty impressed with the vehicle, even at the end of the review. While he does call the car “fabulous,” he still does express concerns for a few things. Clarkson is still a bit dissatisfied with the limited mile range after recharging, as well as the possibility that the batteries could catch fire. His main complaint was the actual cost of the SUV. For the class that it is in, he still feels that it is overpriced.

Considering how their first review went, this was a lot more positive than I think people were expecting. The car looks to be pretty great, and it may even persuade some auto enthusiasts to make the switch to electric.