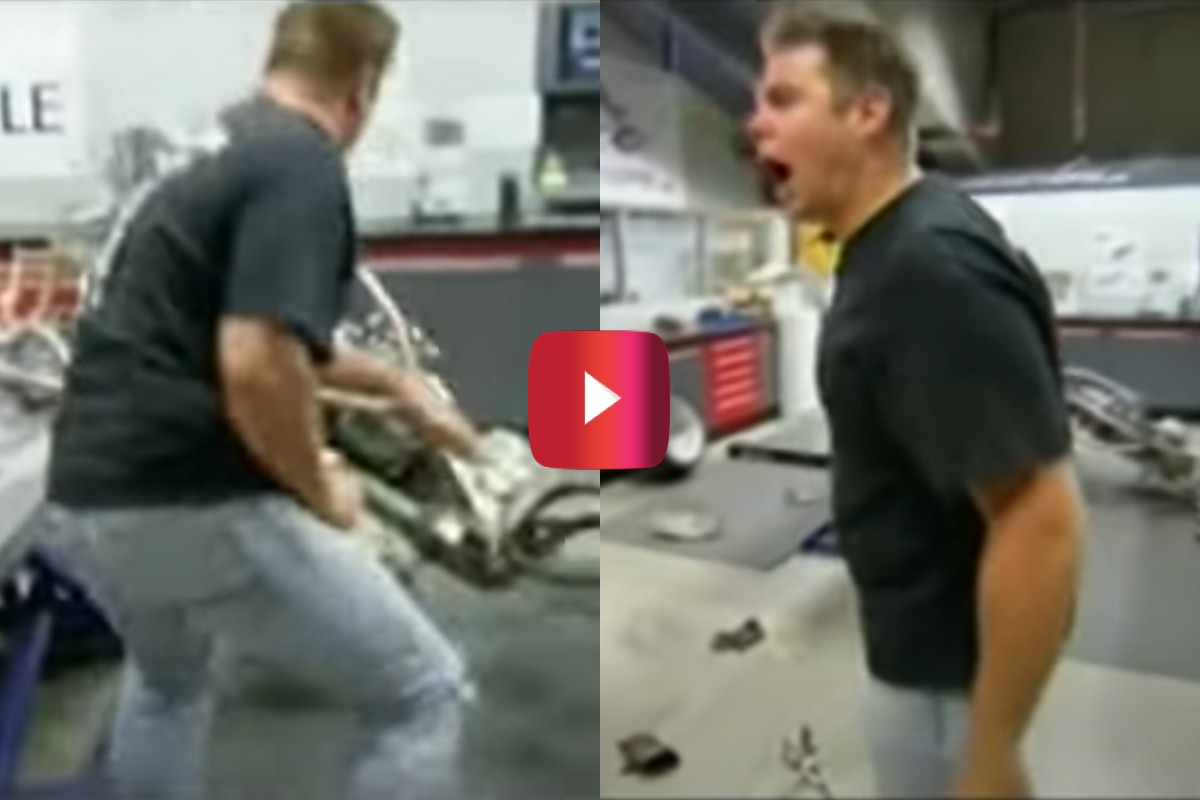 If you’re an American Chopper fan, you know there was no shortage of fights and arguments at Orange County Choppers. While most of them happened to be between Paul Teutul Sr. and Junior, the below clip shows that no employee was safe from being affected by the tension that surrounded the New York shop.

Jason Pohl, the former senior designer for the custom chopper show, absolutely lost his cool during this episode of American Chopper: Senior Vs Junior. Paul Sr. voiced his lack of enthusiasm for a project that was in the works, and Jason took it personally. So much so that he freaked out and even went as far as throwing the half-built motorcycle off of the lift to try and prove a point.

The motorcycle was supposed to be unveiled at Sturgis, but Paul Sr. didn’t have any intention of showing up with a “cake decorator,” so they needed to start from scratch once again. Check out this insane video to see how Jason Pohl reacted to that decision. Crazy stuff!

Originally, Pohl had it in his head that he would join the U.S. Marine Corps after he finished high school. However, after he was awarded with the August Holland Scholarship, he attended the Illinois Institute of Art, where he eventually went on to complete a bachelor’s degree in Fine Arts.

He started out his career working as an artist/animator of video games at Incredible Technologies in Arlington Heights, Illinois. Here, he worked on a digital pinball prototype that was licensed by Orange County Choppers. He was put to the task of designing all of the choppers that would be in the game. After the project was completed, Paul Teutul Sr. was so blown away by his work that he asked Pohl to join the OCC team as a senior designer. Pohl gladly accepted the offer.

When he joined the show, he acted as the lead designer when it came to brainstorming ideas for the custom motorcycles. He claimed that the hardest part of his job was trying to transform two-dimensional concept drawings and modeling into functional three-dimensional parts. Even though it was challenging, he was still able to tackle the challenges and help improve the custom designs, even if he ran into issues every now and then.

If you watched the show while it was still regularly airing, you’d know that Jason was a common on-screen face. However, he started to be shown less and less as the Discovery Channel TV series continued. After leaving and then coming back to OCC, Pohl has since moved on for good.

Today, Pohl works for Dassault Systèmes and is a Brand Ambassador for SOLIDWORKS. Luckily, people can still keep up with his latest designs and work on his social media pages. As a father of three, he’s certainly got his hands full, but it’s nice to see that he’s still out there enjoying doing what he loves.