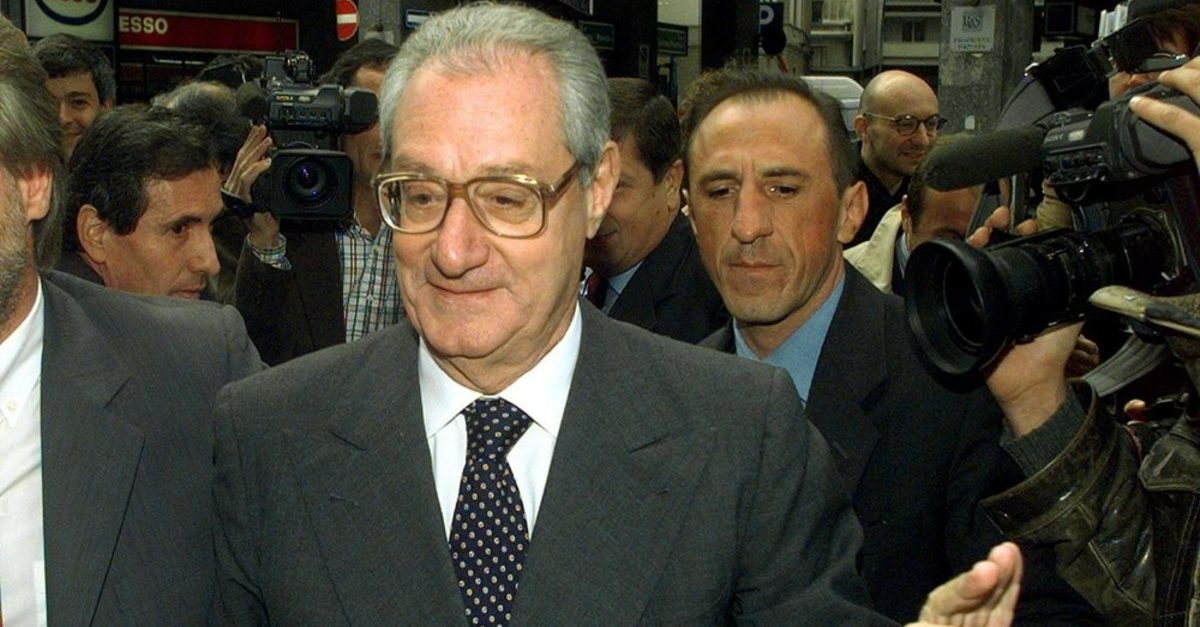 ROME (AP) ? Cesare Romiti, an industrialist and champion of Italian capitalism who steered automaker Fiat through years of strikes and domestic terrorism in the 1970s and 1980s, died in Rome on Tuesday, Italian state TV said. He was 97.

Italian President Sergio Mattarella hailed Romiti as an ?important protagonist of a demanding and controversial season of industrial relations and Italian capitalism.?

For many years, Romiti served as right-hand aide to Giovanni Agnelli, the jet-setting chieftain of the family dynasty that had founded the automaker in 1900 and would develop it into the nation?s largest private employer.

In 1974, during the global oil crisis that rocked the automobile industry, Romiti joined Fiat, going on to become CEO and eventually chairman.

Just after becoming CEO in 1980, he helped break a weeks-long strike by factory workers with a march of some 40,000 Fiat managers and other white-collar workers through Turin, Fiat headquarters? town, demanding the right to work. The strike was triggered by Fiat?s plans to fire 14,000 workers.

For Romiti, the strike was more than a walkout that had crippled production. He contended that elements of the Red Brigades, an extreme-left terrorist organization whose shootings and ??knee-cappings? targeted business executives, magistrates and journalists, among others, had infiltrated the higher ranks of the CGIL labor union confederation. The union enjoyed the staunch backing of the Italian Communist Party, then the largest communist force in the West.

?I had 60 persons who were knee-capped,? Romiti said in an 2010 interview with Catholic daily Avvenire, referring to the trademark tactic of the Red Brigades to shoot in the knees those they deemed capitalist enemies. Among those assassinated by the Red Brigades was a Fiat planning manager, and, Romiti noted, he himself had been the target of an attempted kidnapping.

After watching workers on the picket lines outside factories for weeks, Romiti said he took his car one evening without letting the bodyguards know. ?I drove around Mirafiori (factory). In front of the gates you saw great bonfires, with people who were singing, laughing, dancing. Those weren?t workers struggling for jobs,? Romiti told Avvenire.

The strike was broken, with laid-off workers given unemployment benefits, ?but the future of the company and its employees was safe,? Romiti concluded.

Romiti was born in Rome on June 24, 1923, the son of an Italian postal worker who was fired because he opposed Benito Mussolini?s fascist regime. In interviews, Romiti recalled growing up poor, recounting how once he stole a bagful of flour from a deposit of flour during the Nazi occupation of Rome in the 1940s.

?That flour was welcomed like manna at home,? Romiti called.

He took a university degree in economics, and went on to hold executive posts in several Italian and foreign companies, including as CEO of Alitalia, Italy?s flagship airline, in the early 1970s.

Romiti helped Fiat launch new car models and close the historic Lingotto factory in Turin to put the company solidly on the path to profits. He left the company, as chairman, in 1998. By then, Fiat?s market share in Italy had dropped below 40% as foreign brands gained in popularity with consumers.

?In the many years spent next to my grandfather (Giovanni Agnelli), Cesare Romiti faced difficult moments with courage, and for this he deserves a place of regard in the history of Fiat,? Elkann said in a statement.

From 1998 to 2004, he served as chairman of the Milan-based RCS Media Group, including daily Corriere della Sera.

With an industrialist?s keen sense of trends, he anticipated the growing economic influence of China in global markets, establishing in 2003 the Italy-China Foundation. In 2006, he received honorary citizenship from China for his efforts to strengthen ties between the countries.