These ‘Zero F***s Given’ builds are a bunch of bull 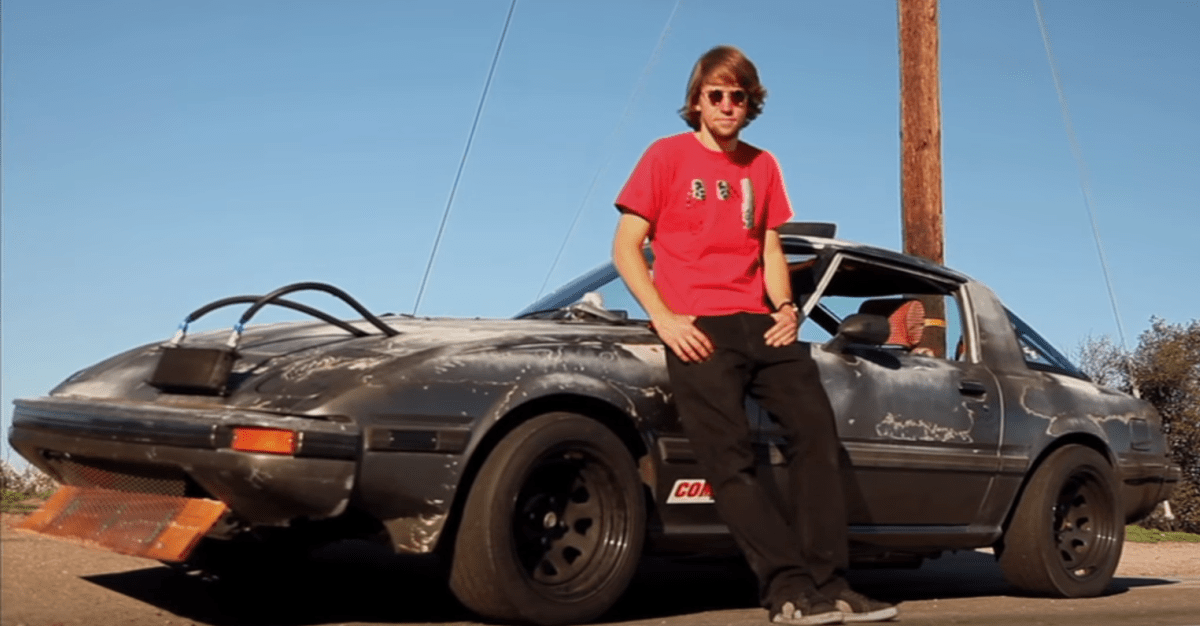 It has been one month shy of five years since I first saw about Corbin Goodwin and his ‘Zero F***s Given’ RX-7. At the time, I took issue with some of his decisions, but ultimately kind of liked the car. But now, Goodwin’s latest project, a ‘Troll’s Royce,’ has popped up on Bring a Trailer, and it reminded me of everything wrong with what I’ll call the ZFG style.

First, we must travel back to 2013 when Goodwin’s claim to fame, the ZFG-RX-7, started showing up all over the internet. Even Matt Farah took a go at it:

Goodwin, 19 at the time, had built this Frankenstein’s monster of a Mazda himself. It started as a 1984 Mazda RX-7, but was given a V8, some coilovers and every ounce of home-brewed engineering a 19 year old Goodwin could think of.

The result was a surprisingly good experience according to Farah himself. If Farah says it’s a good build, I have to defer to him, but where I took issue is in the ZFG style and attitude. I get it, some of the aspects varied from questionable to hilarious to outright cool. For example, the hood mounted speedometer and hand-made interior gauges were particularly fun.

His stated goal was a fun, insane throwaway car that he could beat on without worrying about the consequences and he got it. Except for one thing. I’m not buying the motivation.

He states that he didn’t think the car was making people angry enough before adding his various decals. That’s not a carefree, ‘I do what I want’ attitude. That is trying incredibly hard to get a certain response. Goodwin doesn’t give zero f***s, he is trying way too hard for that.

That’s where the ‘Trolls Royce’ comes in.

What used to be a 1979 Silver Shadow is now the embodiment of that ‘trying too hard to be edgy’ feel of the RX-7 without the redeeming quality of being an insane interpretation of a rat rod. The Mazda was doing your best with what’s available in a creative, if abrasive, way. The Rolls is just ridiculous for ridiculousness’ sake.

With any car-subculture, like stance or hyper-milers, it is easy to tear down a scene you are not a part of yourself. “To each his own” is a noble ideal, but we would all be lying if we said we didn’t have our own personal bias against a particular style that embodies all of our automotive pet-peeves. I have to give the utmost respect to his first build. As a teen, creating such a monster mostly by yourself is commendable regardless of my personal feelings on the execution.

However, the Rolls Royce he built five years later just reminds me of a group of kids wearing the same clothes, listening to the same music, in the same hang out while talking about how non-conformist they all are. Good for him turning his unique style into a claim to fame, but it goes against the Zero F***s Given mantra.

It’s a shame, because the kid’s got talent. By any other name, these cars would be wonderfully weird creations and it’s not an easy feat to turn an old Rolls Royce into a car that reduces Matt Farah to giggling down a canyon road.

Related: Here are the weirdest things you can buy at a racing team’s going out of business sale