This Track Conversion System Takes Off-Roading to the Next Level 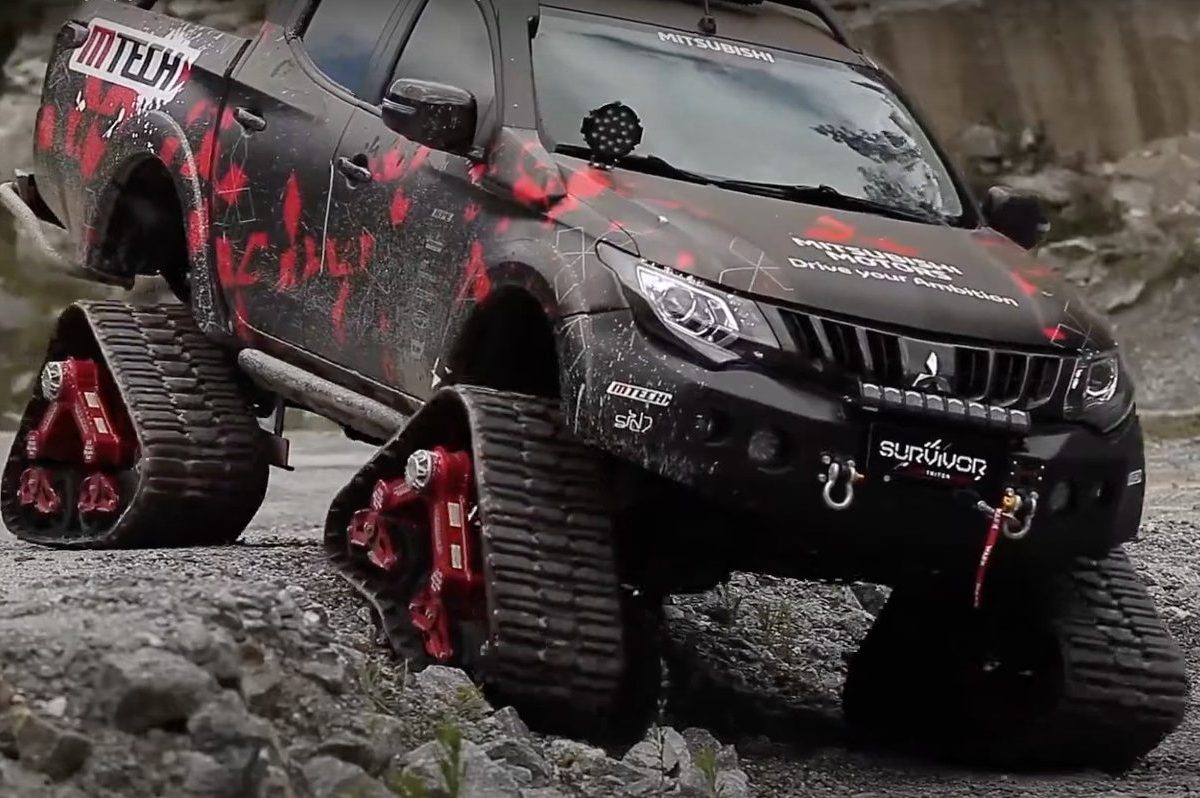 If you?re into off-road adventures, you?ve probably already been fantasizing about owning a set of Mattracks. After all, who wouldn?t want to bring their beloved off-road vehicle, ATV, or UTV just a little closer to tank-hood?

For those unfamiliar with the high-utility rubber track conversion system, Mattracks essentially replace your ordinary wheels with tracks — sort of like what you?re probably used to seeing on, say, a giant-ass Russian T-55 MBT.

The big difference with Mattracks from the typical tracks is that each of your wheels are replaced by a separate rubber track. This allows you to maintain the same level of maneuverability you?re used to with ordinary wheels while adding an unbelievable level of off-road, all-terrain capability.

How Do Mattracks Work?

Using rubber instead of steel tracks, as well as a large surface area, prevents Mattracks from causing unwanted damage to roadways and off-roading destinations. With a traditional track system, you?re often going through the terrain, which doesn?t make for very fun or responsible off-roading. With Mattracks, you?ll always be going over obstacles to keep both your good-time and the land intact.

A rubber torsion block inside the system also causes the track system to tilt backward when confronted with an obstacle creating greater off-road capabilities!

What Vehicles Can Use Mattracks?

Almost any 4×4 vehicle can use Mattracks. Mattracks, Inc. offers track systems for trucks, SUVs, ATVs, UTVs — even unmanned industrial and farming equipment can be fitted with Mattracks. Check out a full list of options over at the Mattracks site.

With the Mattracks track system, you’ll be able to travel at a top speed of about 40 MPH.

Do You Need Professional Help to Install Mattracks?

Mattracks are surprisingly easy to install and switch out once you?re done adventuring. If you can change an ordinary tire, you can install Mattracks. There?s an extra bolt that relates to the tracks’ anti-torque system, which you might not be used to, and a set of adaptor brackets you?ll need to attach the first time you install your tracks, but they shouldn?t give you too much trouble.

All you?ll need is a tire iron (or, preferably, a torque wrench), jack, and set of jack stands.

Why Do You Need Mattracks?

You tell us! Are you looking to show up your off-roading buddies? Do you need extra heavy-duty, all-terrain capabilities on a sport utility or all-terrain vehicle? Are you a farmer looking to automate systems on unlevel terrain? Is there land you need to drive across that shouldn?t be disturbed?

There are tons of ways to use them, but our favorite reason to buy a set of Mattracks? They are American made in Karlstad, Minnesota! Here at Wide Open Roads, we respect any company that keeps production as local as possible.

See you on the open road, y’all!