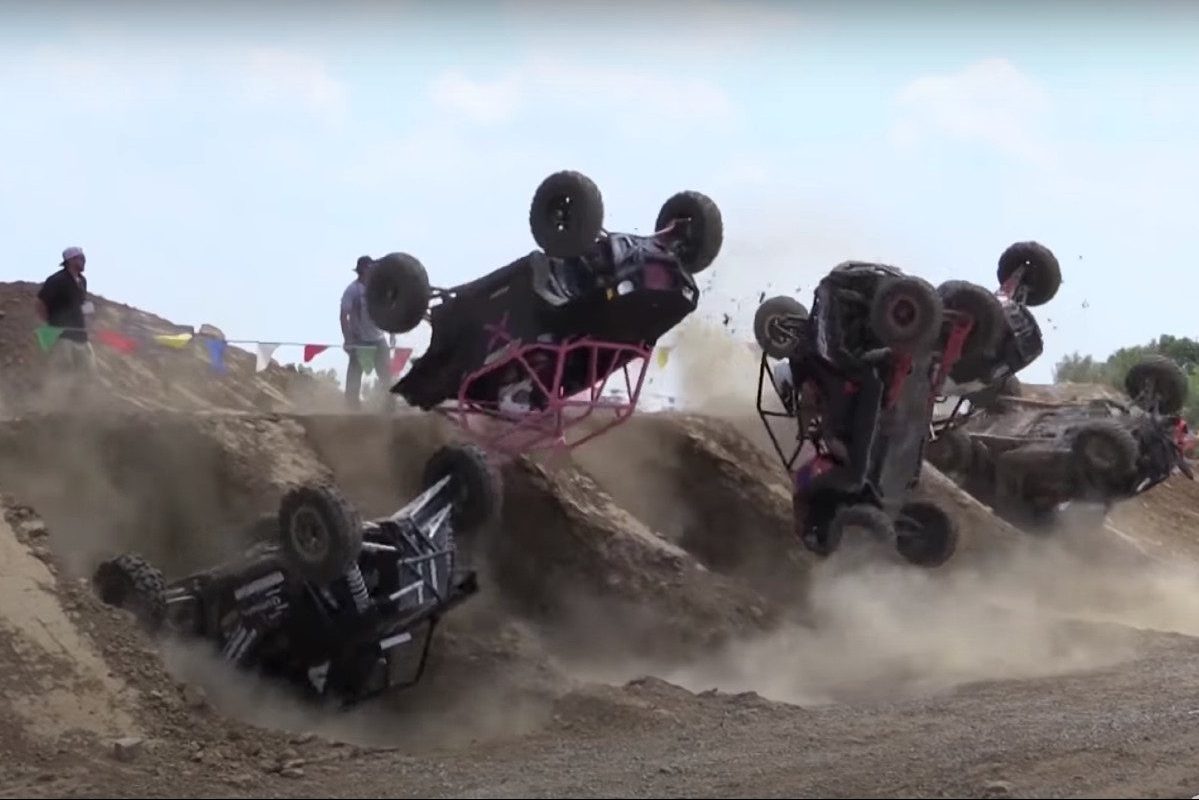 The term rubbin’ is racin’, made famous by the movie Days of Thunder, typically refers to NASCAR and how getting a little bit banged up is all just part of the sport. But, once you see a few clips from the off-road, mud-kicking motorsports fest known as Pro UTV Knockout Racing, you’ll see that rubbin’ is racin’ can apply to more than just NASCAR.

Pro UTV Knockout Racing is a special type of UTV racing, showcased by such YouTube channels as BustedKnuckleVideo. Over the years, the Busted Knuckle crew has taken on parks and hill climb courses all over the South, from Tennessee to Kentucky to Georgia.

These guys are really freakin’ good at what they do, and what they do is extreme UTV racing.

How to Go UTV Racing

Watch the above video and like what you see? Well, you’re in luck, because there are a number of ways to scratch that off-road racing itch, with UTV classes ranging from short course to desert. Maybe you’ll even go pro.

It really has to do with how much money you’re willing to spend, and what skill level you’re operating at. Desert Racing, for example, is the highest form of UTV racing, including such racing series as Best in the Desert (BITD) It’s definitely on the most expensive side, with UTV racers spending as much as $70,000 on a high-end UTV, along with entry fees and team fees, to compete in desert races. On the other hand, short course or production-style racing, like the kind you see in the WORCS series, can run you as little as $20,000 (still not cheap) and has a host of different difficulty levels, from youth to Pro Turbo class.

When looking at what kind of UTV race series to get into, you’ll want to look at your available budget, experience level, and how much time you’re willing to give to the sport, as some of these races can last up to several hours.

Now, if you’re just interested in UTV racing as a spectator, there are plenty of events you can attend, from the King of the Hammers and Baja 1000 in California to the Mint 400 in Las Vegas, Nevada.

Polaris has a number of side-by-sides and ATVs for purchase, with its four main models being the Polaris RZR, Ranger, General, and Sportsman Class. Can-am is also a heavy hitter in the SXS and ATV game. The Can-Am Maverick X3 is one of its premier models and goes for as low as $19,000.

On the other hand, Yamaha also has an extensive sport lineup of UTVs, ranging from the XT-R to the SS edition.