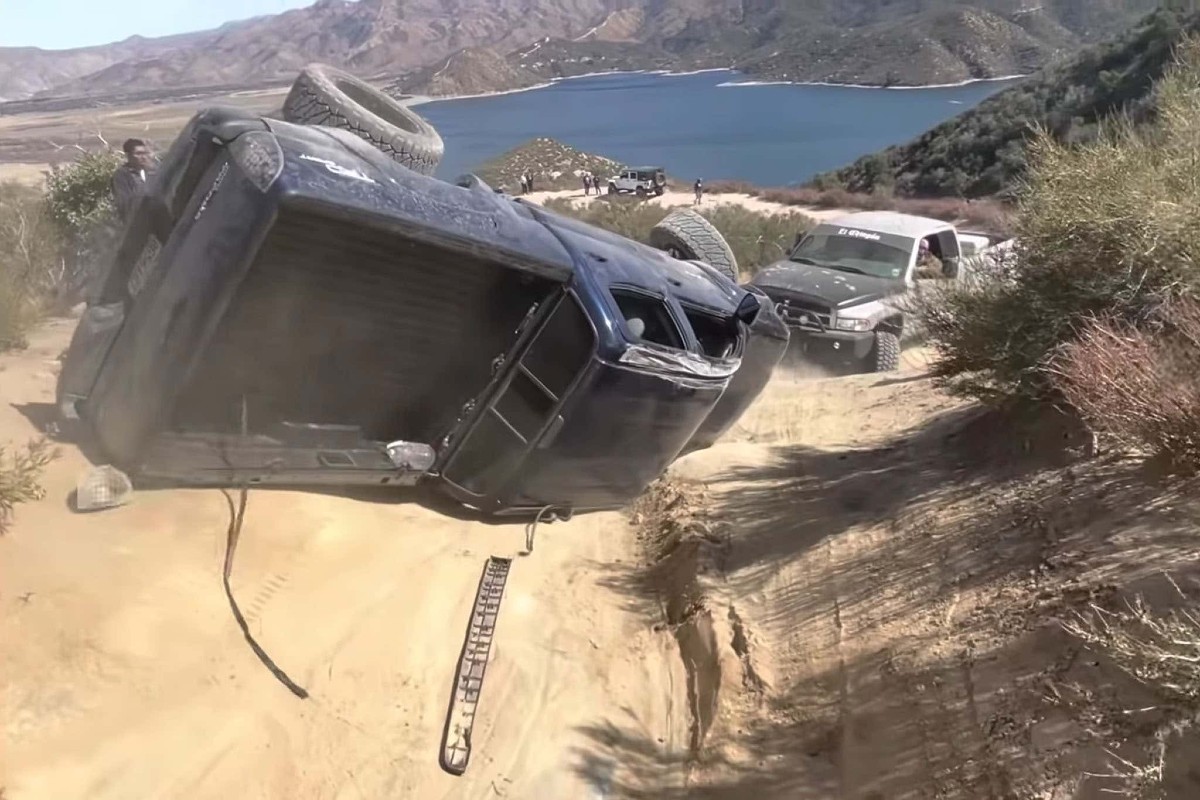 This right here is a classic example of good idea, bad execution.

During an off-roading session at the Cleghorn trail near San Bernardino, California, the driver of a Toyota Tacoma found himself in a real pickle, after the truck’s brakes failed. As a result, the truck rolled down a hill. Clearly, not the place you want to be at the end of an off-road drive.

Assistance eventually came in the form of a local 4×4 group called 4Lowco Offroad. Unfortunately, the recovery attempt only made matters worse, as you can see from the below video.

Now, for some reason, the truck wasn’t flipped right side up before the rescue attempt. So, after getting hooked up to the recovery vehicle, the Tacoma ended up getting dragged on its sides and roof. This rendered it, what looks to be, completely totaled.

After getting an influx of fairly negative comments about the failed recovery, the uploader of the video — YouTuber MaxMenezMedia — wanted to make a couple things clear, which he did with a few updates.

1. Not the owner of the vehicle.
2. We were stuck behind it.
3. Owner of the truck ruptured his brake lines earlier. Was heading down but there were people on the road so he hit the wall and rolled to avoid them.
4. Owner of the truck decided to remove the truck and unblock the trail. Guy in Ram was passing by and helped do what the owner of the truck wanted. Truck was totaled and owner just wanted to move truck.
5. No way of going back up the hill or risk another vehicle to use as anchor. Road was not flat and had many deep ruts. Would have damaged other vehicle.
6. We had no say in what the owner wanted to do just helped clear the path so others could continue.

In other words, the rescuers were apparently just doing what the Tacoma’s owner wanted. Obviously, I wasn’t there, so I won’t argue any of these points, but I’m guessing there’s a little bit more to the story.