Dune Buggy Flies Through the Air During Wild Race Wreck 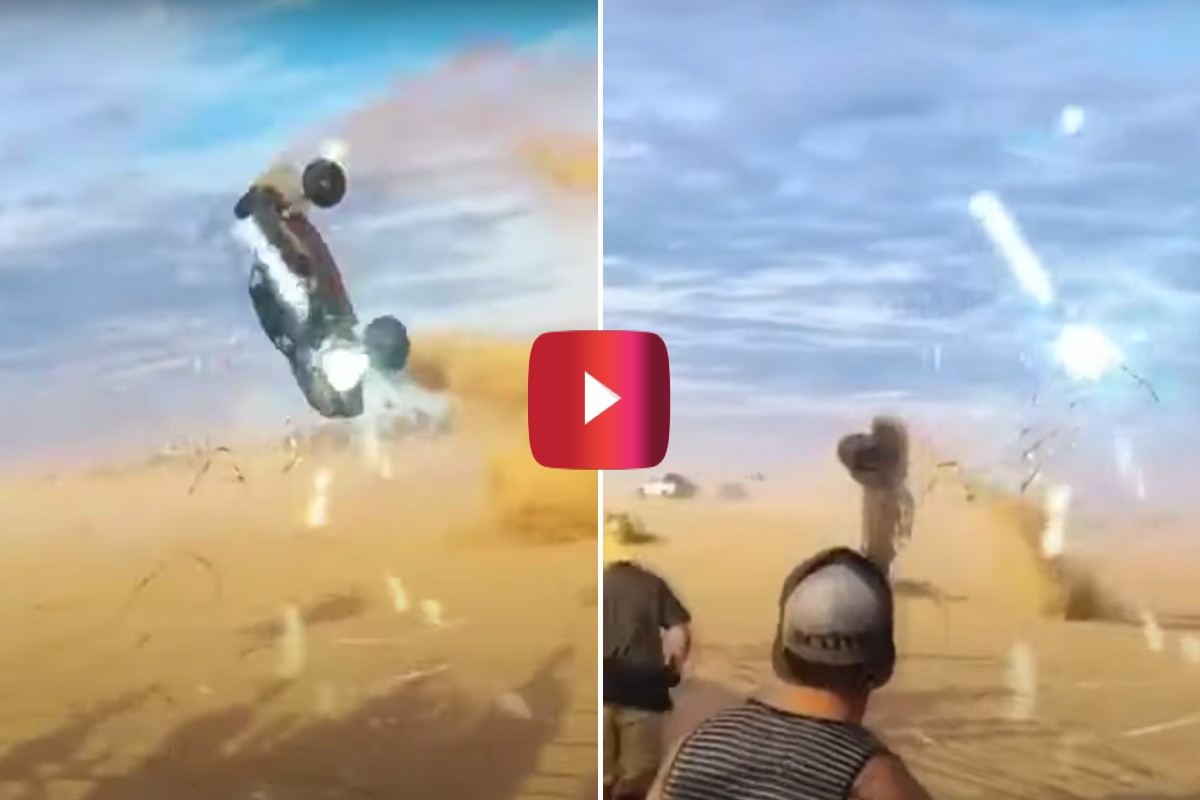 Part of the Algodones Dunes in southeastern California, the Glamis Sand Dunes, also commonly referred to as the Imperial Sand Dunes Recreation Area, is a prime spot for some seriously epic dune buggy races.

Like with any major action sports locale, the Glamis Dunes have seen a fair share of major successes as well as epic failures, and, back in 2016, they saw one hell of a wreck during a Halloween dune buggy night run.

A whole bunch of buggies came out to compete in the massive event, but, as you can see from the below video, one didn’t exactly finish the race in one piece. The driver of the wrecked buggy, which is valued at around $130,000, must have struck a rough bump in the dunes, causing him to catch some seriously unexpected air. And not the good kind of air. The kind that sends you catapulting hundreds of feet against your will. The kind that ends up costing you a whole lot of money.

Read More: This Polaris RZR Crash Is One of the Most Intense Off-Road Vehicle Crashes You’ll See

Now, there isn’t too much information provided about the buggy-totaling wreck, but hopefully the driver wasn’t seriously injured as a result.

Judging from the reaction of the crowd, it was a crash that demanded some seriously attention. Though considering that the impact occurred on sand rather than concrete or dirt certainly bodes better for the safety of the drive. I mean, we’ve seen people come away uninjured from high-speed Formula One crashes, so anything is possible.

All that being said, it’d probably be in that driver’s best interest to sit out the next few dune buggy runs. For safety’s sake.