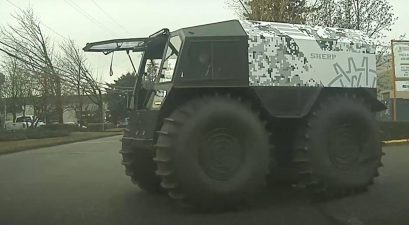 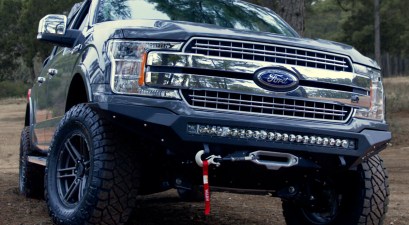 When it comes to videos of amateur racing events, particularly of the off-roading variety, there doesn’t tend to be all that much background information provided. You probably don’t know the competitors. Or what their win-loss records are. Or the specs of their vehicles. In the case of the below video, a simple YouTube description says it all: “An old school Chevy Blazer schools a Ford Raptor at the 2014 Griztek Snow Challenge in Michigan.” And, that’s really the only information we need to be completely on board with this. Just two vehicles going head-to-head in heated off-road competition.

Now, we wish we had a little bit more info on the Blazer, like what year it is and what kind of under-the-hood modifications have been made. That would’ve been a nice added bonus. Even still, the folks over at YouTube channel Busted Knuckle have provided us with some good, old fashioned, snow racing festivities. It really doesn’t get much better than that.

Read More: The Rip Chair 2.0 Is an Off-Roading Wheelchair for the Hardcore Outdoorsman

And, the Blazer wins it! Not even close. Just goes to show that you should never judge an off-road racer by its model year.

Now, don’t get me wrong: Off-road racing of any kind is awesome. That said, there’s something about off-roading in the snow that just brings a whole other level of epicness. Probably because it brings us back to the snow-based activities we used to take part in as kids. We’re talking sledding, skiing, snowboarding. You know the drill. The sorts of stuff you enjoyed during a snow day or weekend trip to the slopes.

But, you’re not getting into any shenanigans like the Blazer versus Raptor match-up during your average snow day or ski trip. Off-roading of this magnitude for the folks sitting at the big kids table. And that’s why we love it.