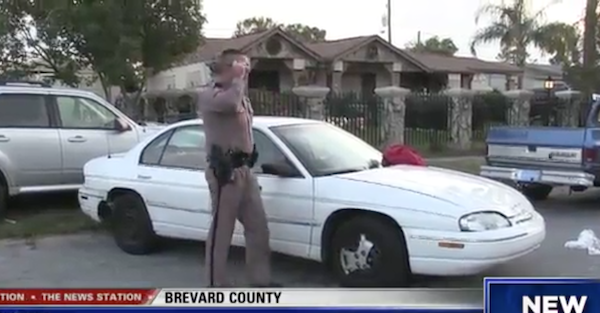 A woman in Cocoa, Florida was attacked in her car ? but it wasn’t a human attack.

According to Florida Today, a cat jumped into the woman’s car and attacked her, which led to the woman trying to escape the vehicle. She made it out of the car and away from the cat, but she forgot the car was in reverse.

Her car rolled backwards and ran her over, and it left her with critical injuries.

The Florida Highway Patrol said the car was parked in the grass in front of a house when the cat attacked the woman. Her first instinct was to leave the car, but she forgot to put the vehicle in park before she left.

“It’s very unusual to have an animal leap into a car and bite somebody like this and then get run over by your own car. The car rolled into the street and did strike a parked vehicle as well,” FHP Lt. Channing Taylor said.

Hopefully the woman is OK and recovers from the injuries. And hopefully she avoids that cat at all costs.