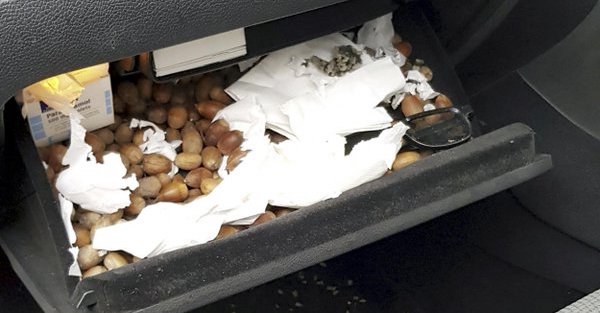 Andrew Wilkins is likely going to spend the rest of his natural-born life distrusting the all-too-common tree squirrel.

Wilkins returned to Reigate, U.K., where he’d left his car while he was overseas on vacation. Once he got into the car, he realized something was wrong. His Volkswagen Golf was struggling to change gears, which was odd considering he knew it hadn’t been used while he was away.

He quickly took the car to a local shop, where he soon discovered the problem when he opened the glovebox and a few acorns fell out onto the floor. But the damage extended much further.

Turns out, while Wilkins was enjoying his vacation, some squirrels were hard at work turning his car into a food bank. When mechanics started to dig into the car, they discovered acorns under the hood, in the gear linkage assembly and in the soundproofing between the cabin and engine. And to top it all off, there was a dead rat in the soundproofing area as well.

The extent of the damage was really nuts. . .