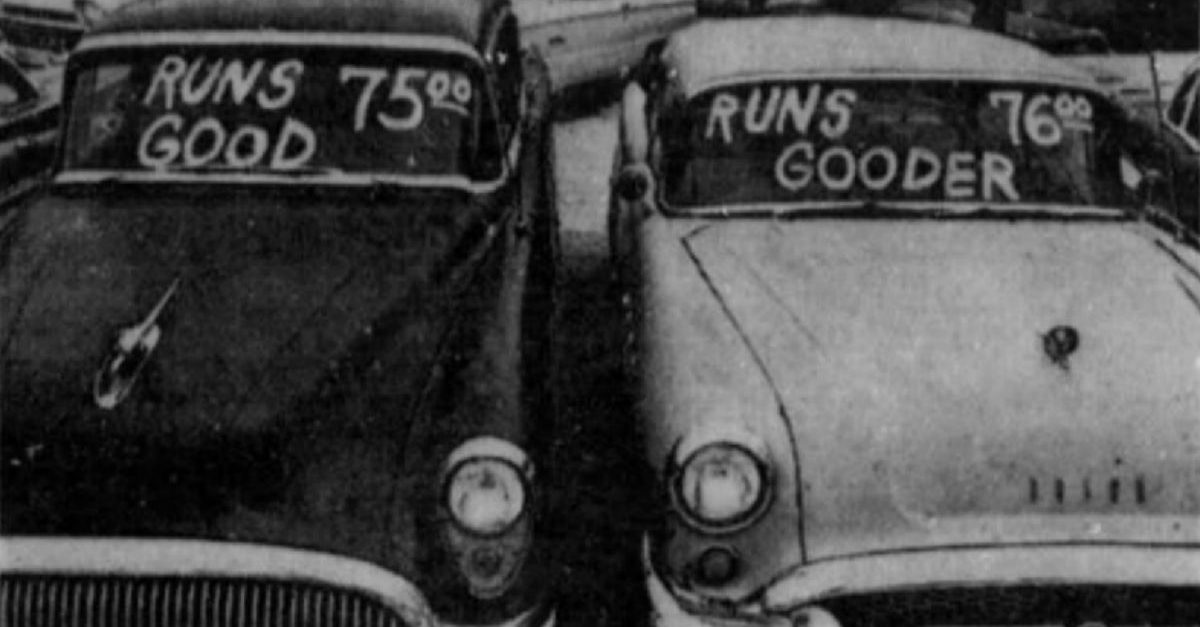 DETROIT (AP) ? The average age of cars and trucks in the U.S. has hit a record 11.8 years, as better quality and technology allows people to keep them on the road longer.

The 2019 figures from data provider IHS Markit show that the rate of increase is slowing, but the average age is still expected to go over 12 years early in the next decade. The average age is up 0.1 years from 2018.

Read More: This 1969 Plymouth GTX Was Abandoned for Decades, Now a Possible Owner Has Emerged

Plus, original owners are keeping their vehicles longer and maintaining them better because they?re financing them for longer, six or even seven years in many cases, he said.

?That helps improve the overall life of the vehicle,? he said.

Western states have the oldest vehicles at 12.4 years, while in the Northeast the average age is only 10.9 years. That?s due largely to less stop-and-start traffic that wears on a vehicle. Weather conditions also play a part.

Montana has the oldest average age at 16.6 years, while the youngest is Vermont, with an average age of 9.9 years.

The aging vehicles should be a boon to repair shops, which may want to change strategies to cater to owners of older vehicles who may want to spend less on parts, Seng said.

The number of light vehicles in use in the U.S. also hit a record of more than 278 million this year, according to IHS, which tracks vehicle registrations nationally.

Read More: Finding a Dodge Charger in a Field Is Just the Start of This Awesome Restoration