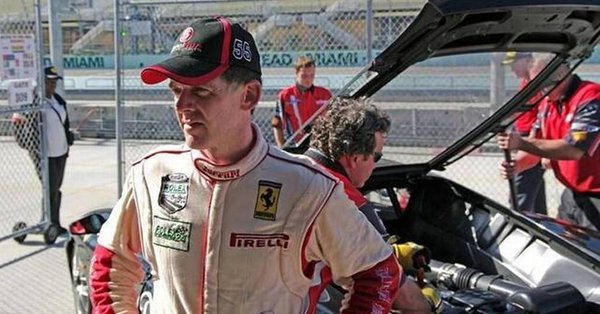 The U.S. Attorney’s office made the announcement in a scathing press release. It said the bank “willfully failed to timely report suspicious banking activities of Scott Tucker, its longtime customer, despite being on notice that Tucker had been using the Bank to launder proceeds from an illegal and fraudulent payday lending scheme using a series of sham bank accounts opened under the name of companies nominally owned by various Native American tribes.”

This is just the latest fallout from Tucker’s payday lending scheme that targeted the poor.  A judge in Kansas City is likely to order Tucker to forfeit $3.5 billion dollars for his part in the scheme, the Kansas City Star reports.

The $3.5 billion represents the proceeds from his business between 2008 and 2013, and was noted in a preliminary order  by U.S. District Court of Southern New York Judge Kevin Castel.

Here’s the portion of the release from the US Attorney’s office that specifically mentions Tucker. The full release can be found here.

From October 2011 through November 2013, the Bank willfully failed to timely report suspicious banking activities of Scott Tucker, its longtime customer, despite being on notice that Tucker had been using the Bank to launder proceeds from an illegal and fraudulent payday lending scheme using a series of sham bank accounts opened under the name of companies nominally owned by various Native American tribes (the ?Tribal Companies?).  From 2008 through 2012, Tucker?s companies extended approximately five million loans to customers across the country, while generating more than $2 billion in revenues and hundreds of millions of dollars in profits.  Most of this money flowed through accounts that Tucker maintained at the Bank.

USB employees responsible for servicing Tucker?s ongoing account activity disregarded numerous red flags that Tucker was using the tribes to conceal his ownership of the accounts.  For example, Tucker spent large sums of monies from accounts in the names of Tribal Companies on personal items, including tens of millions of dollars on a vacation home in Aspen and on Tucker?s professional Ferrari racing team.  USB also received subpoenas from regulators investigating Tucker?s businesses.  In September 2011, after news organizations published reports examining Tucker?s history and questionable business practices, the Bank reviewed Tucker?s accounts, and an AML investigator reported to supervisors, among other things, that ?it looks as though Mr. Tucker is quite the slippery individual? who ?really does hide behind a bunch of shell companies.?  Based on its findings, the Bank closed the accounts in the names of the Tribal Companies but failed to file a SAR.

The Bank also left open Tucker?s non-tribal accounts and opened new ones, allowing over $176 million more from his illegal payday business to flow into the Bank.  Despite also learning of an April 2012 Federal Trade Commission lawsuit against Tucker and the Tribal Companies, the Bank did not file a SAR regarding Tucker until served with a subpoena by this Office in November 2013.

On October 13, 2017, Tucker was convicted in the United States District Court for the Southern District of New York of various offenses arising from his payday lending scheme.  The Government intends to recommend that the amounts forfeited by USB be distributed to victims of Tucker?s scheme, consistent with the applicable Department of Justice regulations, through the ongoing remission process.