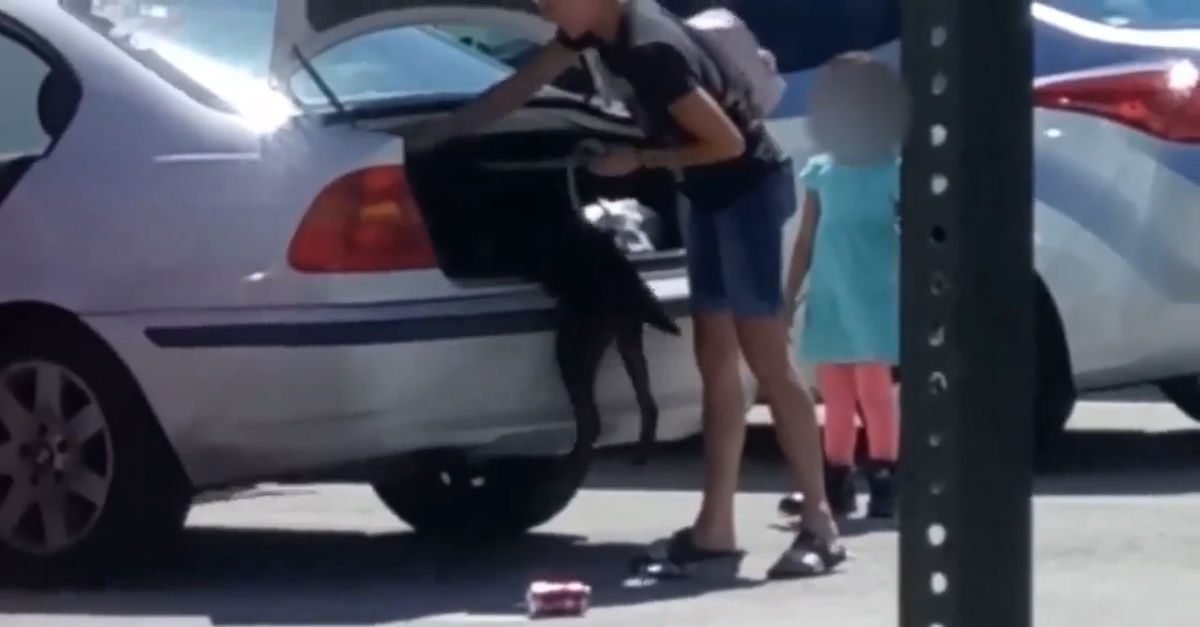 MELBOURNE, Fla. (AP) ? A woman is facing an animal cruelty charge after she was videotaped putting an emaciated dog in the trunk of her car.

An arrest report shows Sara Perry was taken into custody Thursday after she was caught by a surveillance video at the Central Brevard Humane Society taking the dog, Neptune, out of her trunk and then putting him back in the trunk several minutes later.

Perry told investigators she wasn?t able to provide food for Neptune and wanted to drop the dog off at the Humane Society center, but she was turned away.

The dog was taken to the Brevard County Sheriff?s Office Animal Care Center where a veterinarian examined him and concluded he had severe malnutrition.

Read More: Tesla?s New ?Dog Mode? Could Save Your Fluffy Buddy?s Life (Despite the Price)