This Beautiful 1955 Chevy Was Jacked by an Oklahoma Car Thief 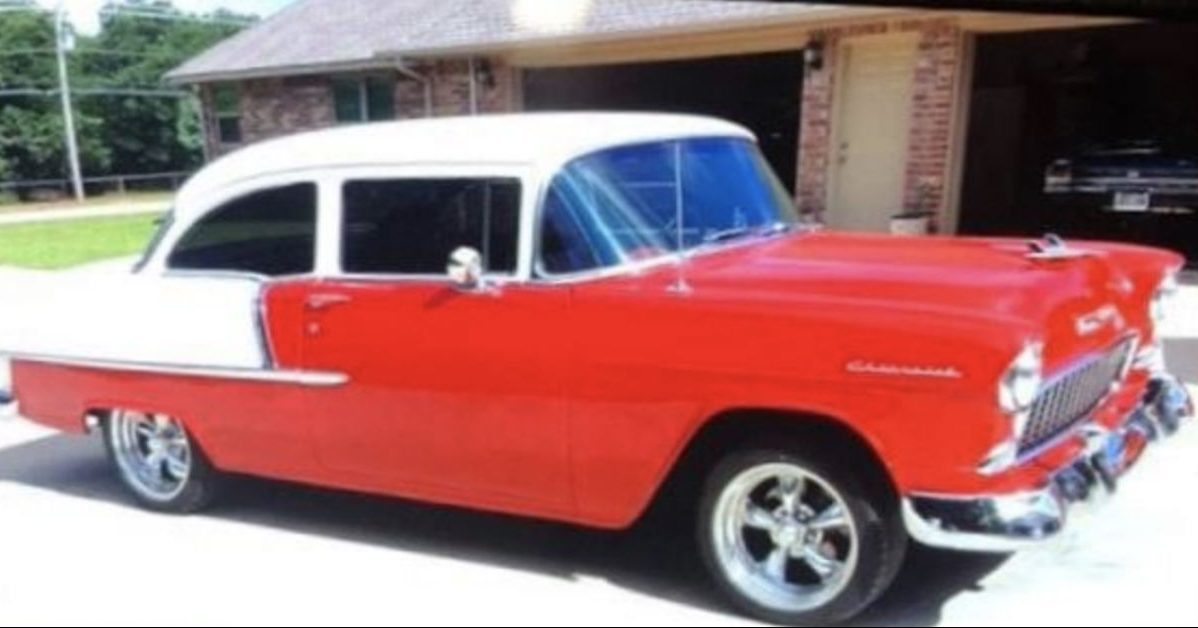 The 1955 Chevrolet is an absolute beauty of a classic car. Available in three models, the 150, 210, and Bel Air, the ’55 Chevy was the first successful Chevrolet with an optional V8 engine and marked a massive success for the Michigan-based manufacturer.

With that in mind, while it’s a tragedy for just about any car to be stolen, it especially stings when you see such an iconic automobile get snatched from its original owner. Which is why a recent case in Oklahoma County, Oklahoma, involving a stolen red ’55 Chevy, has to be on the radar of any classic car enthusiast.

The Oklahoma County Sheriff?s Office is asking the public to be on the lookout for a stolen 1955 Chevy.

According to the sheriff?s office, a red 1955 Chevy was stolen overnight in the area of NE 10th St. and Triple X Rd.

The vehicle has an Oklahoma tag of EDX-895.

Here’s hoping that the stolen car gets recovered and that the Chevy-stealing thief gets brought to justice. And fast. I know I’d hate to be away from such a incredible car for too long.

Now, in case you didn’t know what makes the ’55 Chevy such a sought-after vintage ride, here’s a little more important info for you.

Outfitted with a 265-cubic-inch overhead valve V8, the ’55 Chevy was packing an engine that would later be known as a “Chevy small block.” Inspired by the 1949 Oldsmobile “Rocket 88” V8, this engine was not only lighter and smaller than other V8s, but also much more powerful.

In terms of body design, the 1955 Chevrolet boasted a “shoebox” design, with smooth straight panels on the hood and sides, triangular, outward-jutting tail lights, and wrap-around windshield glass.

Judging from the pure power and sleek design of the ’55 Chevy, it’s no wonder that this car is such a legendary classic.

Read More: Hot Rod Coming Through! Watch a ’57 Chevy Bel Air Smoke the Absolutely Hell Out of This Motorcycle