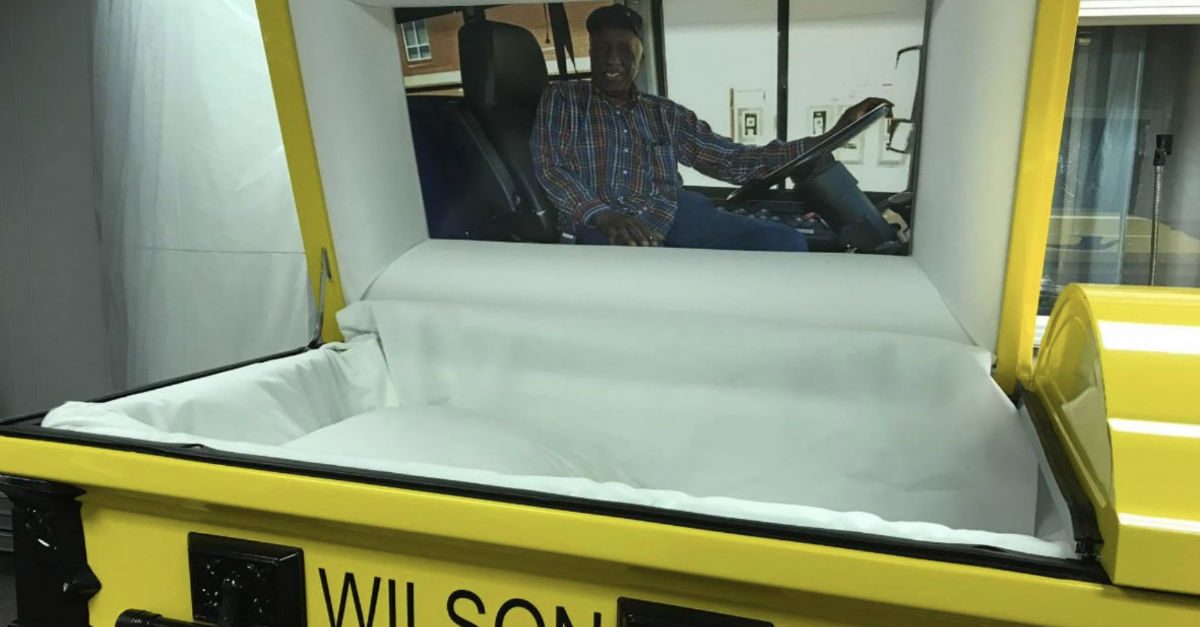 You might want to have some tissues on hand for this one, because it’s definitely a tear-jerker.

For more than 50 years, David Wright worked as a bus driver for the Wilson County school system in Tennessee, and on Tuesday, August 13, he sadly passed away at the age of 76.

Wright’s funeral was held at Lebanon High School, where a large crowd gathered to celebrate the longtime bus driver’s legacy. Following the ceremony, Wright was buried in a special yellow school bus casket. A fitting final resting place for a man who gave so many years of his life to his career.

“Mr. Wright was a selfless leader his entire life by being the example we should all strive to be,” the Wilson County Sheriff’s Office said. “He never wanted or asked for anything in return for his service to the community which made him a special servant.”

A Wilson County Schools representative added that Wright was “an incredible man with so many amazing stories to his credit.”

Read More: From North Carolina to New York to Michigan, Here’s the List of Best and Worst Drivers by State

According to the Wilson County school district, Wright, who retired in November 2018, was a “legendary bus driver,” and he definitely had the accolades to back it up. In 2017, he was not only named State Bus Driver of the Year, but also inducted into the Tennessee School Bus Driver Hall of Fame. Only a few weeks before Wright passed away, it was also announced that the school?s transportation department would be named in Wright’s honor. You can’t really get much more legendary than that.

If you were touched by this story at all (and how could you not be?!), you can leave any condolences or good wishes here.