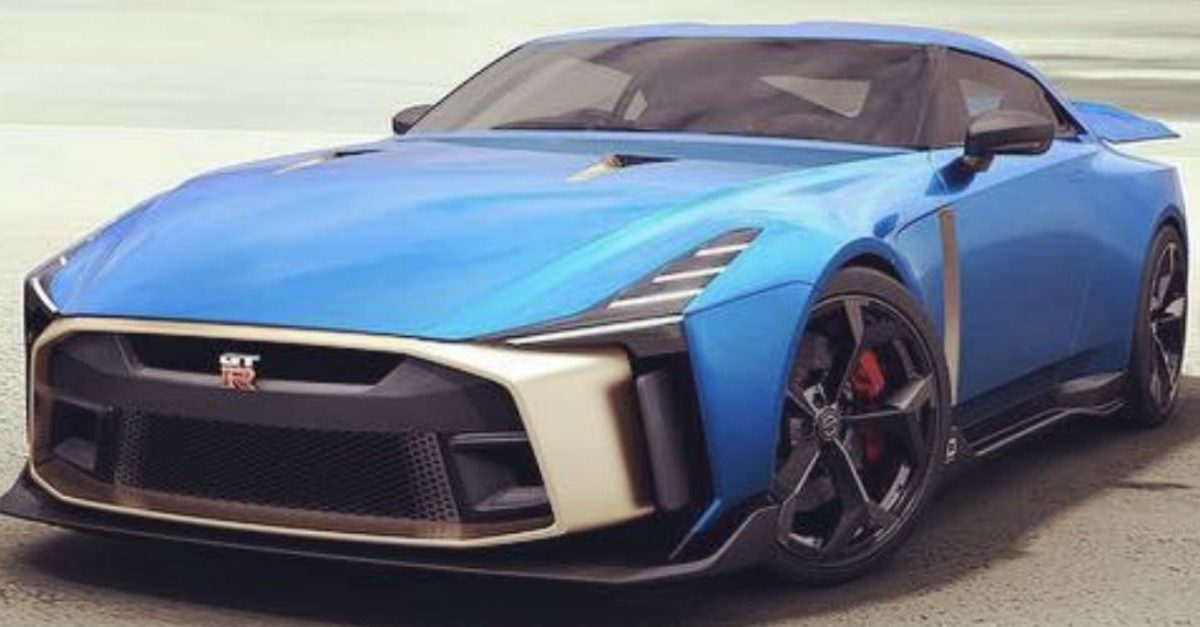 The Nissan GT-R50 by Italdesign was first introduced at the Goodwood Festival of Speed to celebrate the 50th anniversary of both the Nissan GT-R and the Italian-based design house, Italdesign. From Goodwood, England, the concept car went on a world tour wowing car lovers in the United States, Europe and Japan, and based on this reception, the Nissan GT-R50 has been officially confirmed for production.

If you want one, though, you’d better act quick and show up with deep pockets. A limited run of just 50 units has been confirmed with a price tag of 990,000 euros, which currently converts to around $1.13 million USD, not including taxes and options. Oh, there will be some serious options on this bespoke GT-R.

We’ve been to Uk, then to the USA, now it’s time for the final leg of the #NissanGTR50byItaldesign Presentation World Tour: Japan! Until Nov 25 you can watch it live at @nissan Crossing in Ginza, Tokyo. For the occasion @seikowatchofficial announced a special edition of its chronograph. If you’re in Japan, you don’t want to miss it! #omgtr50 #italdesign50 @nismo

The biggest options will be the ability to specify color combinations both inside and out. While the exterior design is unchanged from the concept, the cabin of the production version has been overhauled with more amenities and less of a racecar-like appearance. Don’t be surprised if some of the design elements shown on the Nissan GT-R50 make their way onto the next-gen GT-R.

Read More: This 1958 Ford Ranchero Pro Is as Slick as It Gets

The Italdesign makeover surely accounts for some of the added cost above $175,540 of the 2019 Nissan GT-R NISMO donor car, but it’s the performance improvements that make the GT-R50 worth every penny of its asking price.

Nissan overhauled the twin-turbo 3.8-liter V6 with GT3-spec turbochargers, larger intrercoolers, and beefed-up internals, including heavy-duty pistons, rods and bearings, high-flow injectors and optimized ignition, intake and exhaust systems. As a result, the Nissan GT-R50 has an output of 710 horsepower and 575 lb-ft of torque compared to the standard GT-R NISMO’s 600 horsepower and 481 lb-ft of torque.

The GT-R’s lightning-fast dual-clutch transmission has also been optimized to handle the extra power. Not that the GT-R NISMO was lacking in the handling department, but the GT-R50 gets even better with a Bilstein continuously adjustable damping system, Brembo brake calipers (six-piston front and four-piston rear), and Michelin Pilot Super Sport tires.

Deliveries of the Nissan GT-R50 by Italdesign will begin next year and continue through 2020.