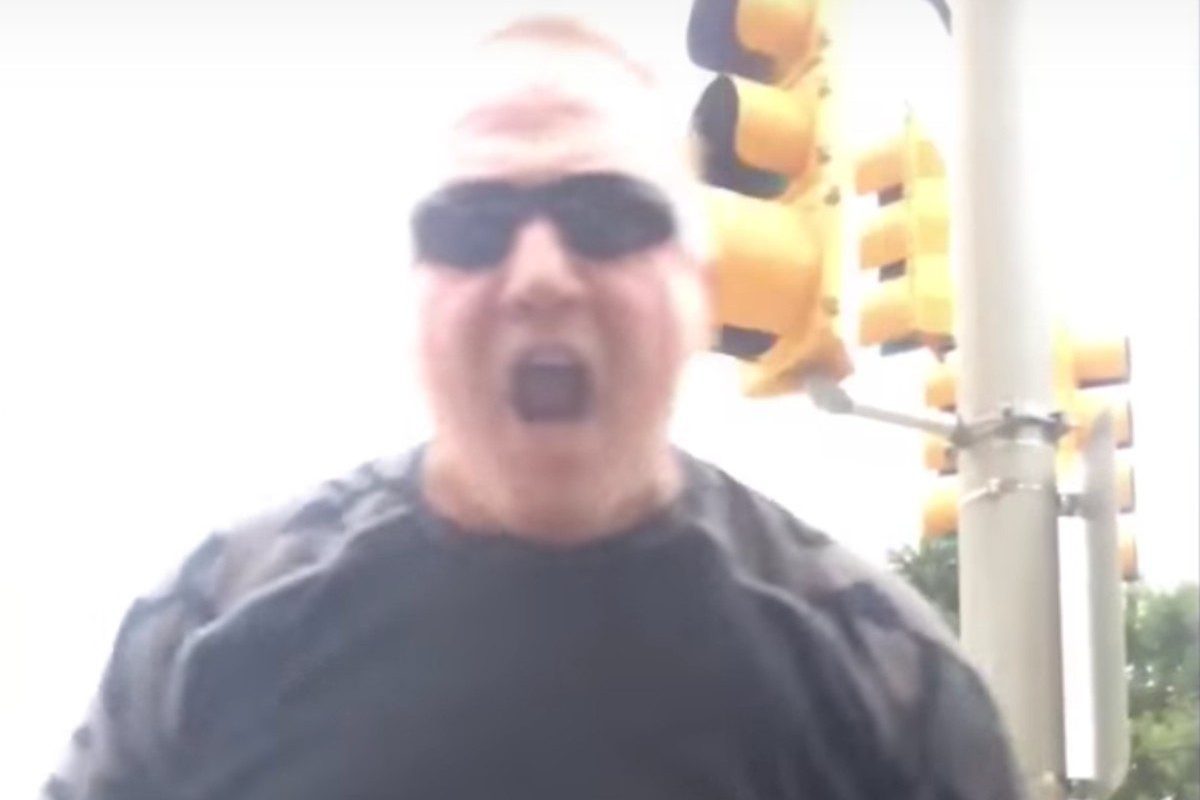 Most of the crazier instances of road rage you see via viral videos on the Internet usually culminates in some form of violence, whether it’s a fist fight on the side of the road or even the brandishing of a weapon.

But your run-of-the-mill road rage usually doesn’t end in such outward displays of violence. Typically, and maybe you’ve even experienced something like this yourself, harsh words are exchanged in an aggressive manner between the involved parties for a minute or two, before either one or both of the drivers speed off in a fit of…rage.

That being said, even verbal spars can land the perpetrator in serious trouble with the law.

Take this road rage incident from back in September 2017 when a New Jersey man ended up getting slapped with harassment charges after his tirade against another driver was caught on video.

The video itself doesn’t provide too much context in regards to what led up to the incident, but here’s what happened before the woman on the other side of the cell phone pressed record, according to a detailed description from NJ.com.

While on her way to work, Tori Barden, also of Brick, was idling at a stop sign at an oddly angled junction at Herbertsville and Squankum-Allenwood roads waiting for cars to pass when [Sean] O’Connor pulled up behind her in a red Volkswagen, according to Kudrick.

O’Connor became impatient, Kudrick said, and as Barden began to merge onto Herbertsville Road, O’Connor tried to pass her on the right, almost hitting her vehicle.

Barden continued on Herbertsville Road as O’Connor angrily followed her for about a mile, yelling and trying to pass her on the one-lane road, according to Kudrick.

Then, at a red light at the intersection of Herbertsville and Lakewood-Farmingdale roads, O’Connor began pushing her car from behind with his, [Howell Police Chief Andrew] Kudrick said.

Afraid of what might happen, Barden pulled out her cellphone and began recording, Kudrick said.

What happened next, as you can see from the video, is a lot of yelling on the part of O’Connor, confusion over whether the sign at the intersection was a yield sign or a stop sign, and the dropping of a couple F-bombs.

A few YouTube commenters argued that O’Connor didn’t deserve to get arrested for his rant, but as Patch.com points out, this wasn’t his first New Jersey road rage rodeo.

Yet another example of how road rage, in whatever form, is never worth it.