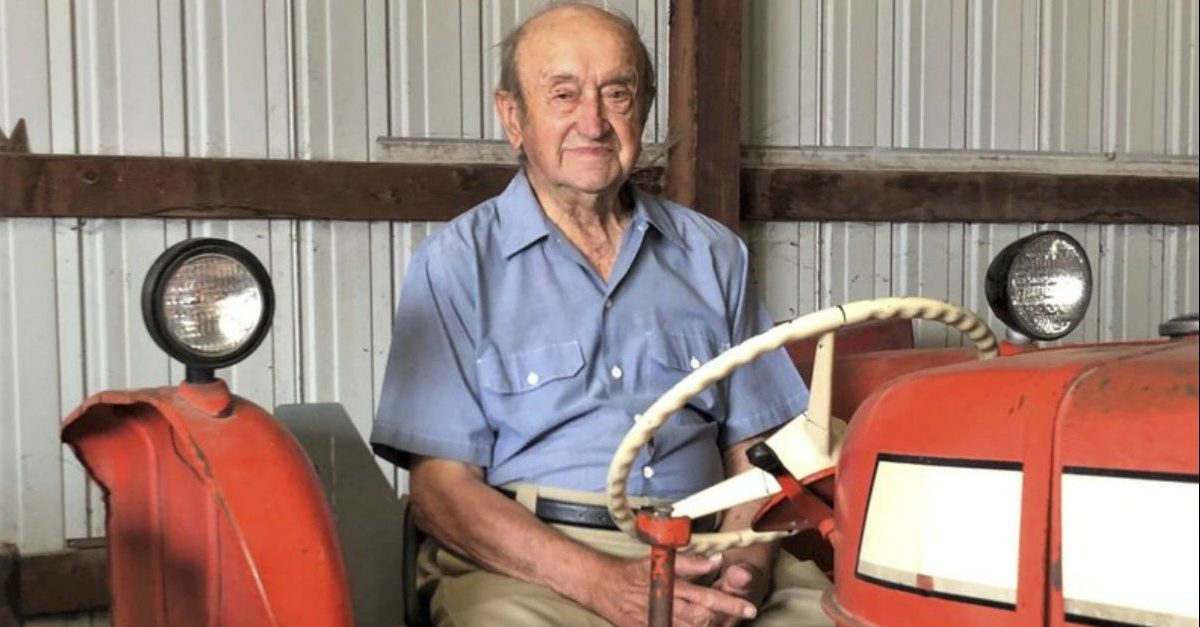 KELLNERSVILLE, Wis. (AP) ? When Leonard Sauer was 4 years old, his father bought the very first tractor for the family farm. ?I can remember like it was today. It had no muffler, nothing. And it made so much noise, I was afraid of the thing,? he said

Over the years, Sauer worked various jobs, such as grave digging and milk truck driving, but more than anything else, he considers himself a lifelong farmer.

?It was work all year-round,? he said about growing up on a farm. He worked 10 hours a day, from 7 in the morning to 6 at night, feeding horses, plowing the land and hand-sawing logs more than 40 feet long.

When he wasn?t farming, Sauer recalled exchanging eggs for credit at the local grocer during the Great Depression. ?Oh, it was hard to make a buck,? he said. During the weekends, he and his brother would go watch a local baseball team.

Besides being an expert on farming, Sauer also has extensive knowledge of automobiles and tractors. ?I drove just about every truck that there was made,? he beamed. He currently owns five tractors.

In 1941, after marrying his wife, Helen, Sauer built his red brick farmhouse from the ground up. He and Helen raised two sons, John and Gary, who have since passed, along with his wife.

These days, there?s no lack of variety in Sauer?s daily schedule. He keeps himself busy mowing, bailing hay, and keeping an eye on people who rent out the farmland.

?I figure I got to do at least one worthwhile thing a day, not just, you know, fooling around,? he said with a laugh when asked what keeps him feeling young. ?If I do one thing a day, I?m satisfied.?

He also attributes his health to the fact that he does not smoke and drinks only on occasion. ?I drink beer. Not that much, but once in a while,? he mentioned with a quick smile.

On Sundays, he attends St. Joseph?s Catholic Church in Kellnersville, the same one where he served as an altar boy and got married. He also regularly attends meetings for the Western Fraternal Life Association (WFLA), which he has been an active member of for more than 70 years.

Being nearly a century old has its drawbacks. ?My hearing isn?t 100%. I went through too much noise in my 100 years,? Sauer told the Manitowoc Herald Times Reporter.

Still, his memory is as sharp as ever. He can remember everything from the 1936 blizzard to the names of his eighth-grade classmates.

And, he only needs glasses for reading.

Sauer?s birthday is on Aug. 15 and more than 150 people are expected to attend his party.

?It?s something different,? he said, contemplating his upcoming centennial with a nod. ?Not everyone turns a hundred.?

Looking into the future, Sauer expressed disbelief that there might one day be self-automated vehicles. ?Now, you?re going to have cars you don?t have to drive!? he marveled.

For now, he?ll stick to tractors.