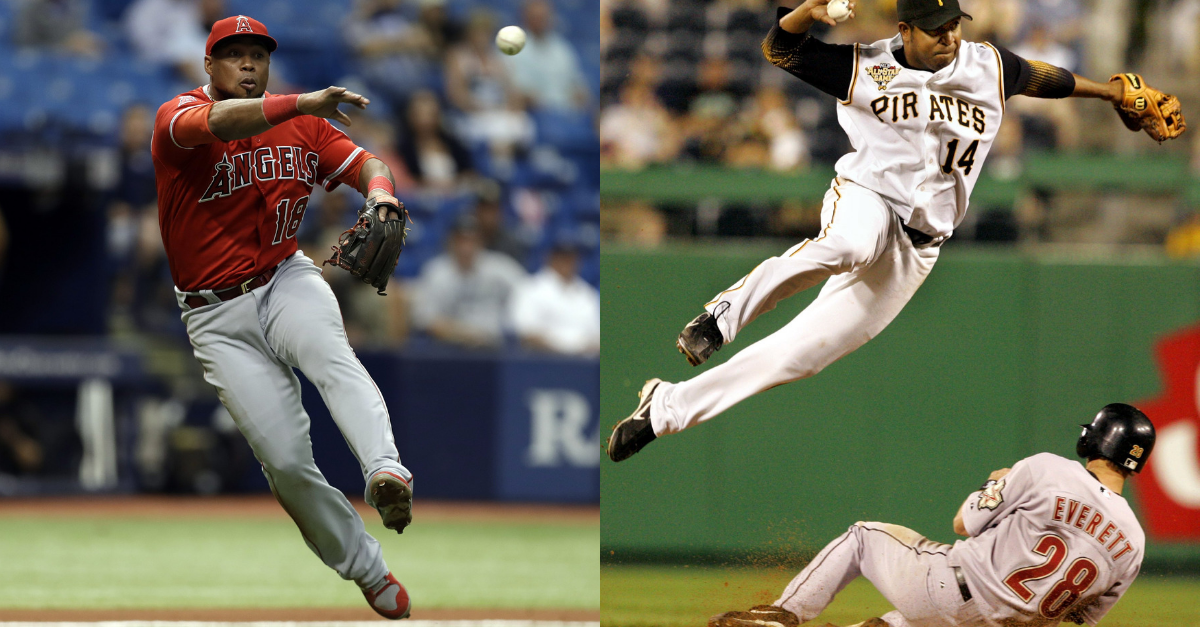 The 33-year-old Valbuena and 37-year-old Castillo died late Thursday, according to Cardenales de Lara of the Venezuelan league.

The team said their vehicle overturned as they were heading to the city of Barquisimeto after a game in the capital, Caracas.

Third baseman Carlos Rivero was in the car and survived, according to the website beisbolplay.

Valbuena, an 11-year major league veteran, hit .199 with nine homers and 33 RBIs in 96 games this year for the Los Angeles Angels, who released him on Aug. 7.

?I will miss Luis? banter, smile, genuine love for his teammates, and, of course, the bat flips,? Astros manager AJ Hinch said in a statement. ?He was a beloved person whether he was on our team or across the field.?

Valbuena hit .226 with 114 home runs over 11 big league seasons with the Angels, Seattle, Cleveland, the Chicago Cubs and Houston.

?Luis was always smiling and was one of the happiest players in baseball,? Astros general manager Jeff Luhnow said in a statement. ?He provided joy to his teammates and our fans. He helped our franchise turn a corner in 2015 and provided many cherished memories.?

Castillo played five seasons with Pittsburgh, San Francisco and Houston. He had a .254 average with 39 home runs.