It’s So Hot in Seattle, the Road Is Freaking Out 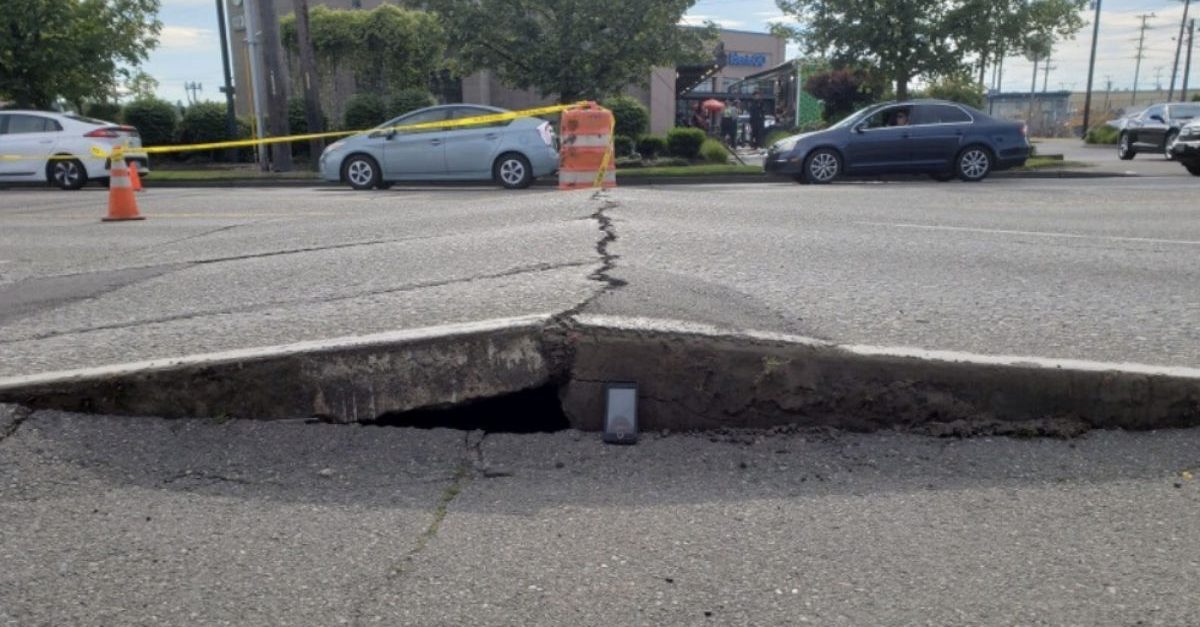 Benjamin Hansen has been a civil engineer with the Seattle Department of Transportation for 15 years and has seen a road buckle only a handful of times. On Wednesday, June 12, Hansen got to witness the rarity once again, after record-setting temperatures led to a portion of road buckling and even caused a car crash.

A 44-year-old woman was treated for minor injuries by first responders after she crashed her car on the strip of buckled road on 4th Ave South at South Industrial Way. As a result of the buckle, which was estimated to be about a foot off the ground, adjoining lanes were shut down on Wednesday night and reopened Thursday morning, but with a 10 MPH speed restriction.

The extreme temperature that caused the road to buckle in the first place? 95 degrees. This may not seem all that high compared to a lot of states in the U.S., but it broke Seattle’s June 12 temperature record by 10 degrees and climate records show that Seattle tends to get only one day of 95 degrees or hotter per year.

RECORD HEAT: Engineers say a woman got in a crash on 4th Avenue S. after the road buckled from the record heat and she drove over it @komonews #komonews pic.twitter.com/Y8554Dwm3M

Read More: If You?re a Fan of Cheap Beer, Global Warming Could Be Your Worst Enemy

According to Hansen and other civil engineers, the older pavement in Seattle makes it more likely for roads to buckle since there isn’t too much room for expansion.

?We have a lot of older pavements in the city and they don?t have a lot of room for give or expansion so when we get an extreme hot spell, that creates a pressure that leads to buckling of the pavement — essentially pressure builds up,? Hansen told KOMO News. ?You know if you press on a pencil or something from the edges, it doesn?t shrink. All-of-a-sudden, it will buckle one way or another and that?s what?s happening with the pavement, you?re getting this buckle that has to do with the heat.?

UPDATE: Pictured is the road buckle on 4th Ave S at S Industrial Way that has reduced SB travel to a single right lane, and blocked all NB traffic beginning at S Dawson St. pic.twitter.com/zsD5IxImXv

This road-buckling incident may seem like just a fluke, but with several months left in summer, there is still plenty of time for similar craziness to go down.

?They?re not predictable, so we just try to respond as quickly as we can,? Hansen said.