It’s So Hot in Chicago, They Had to Hose Down a Bridge Like This 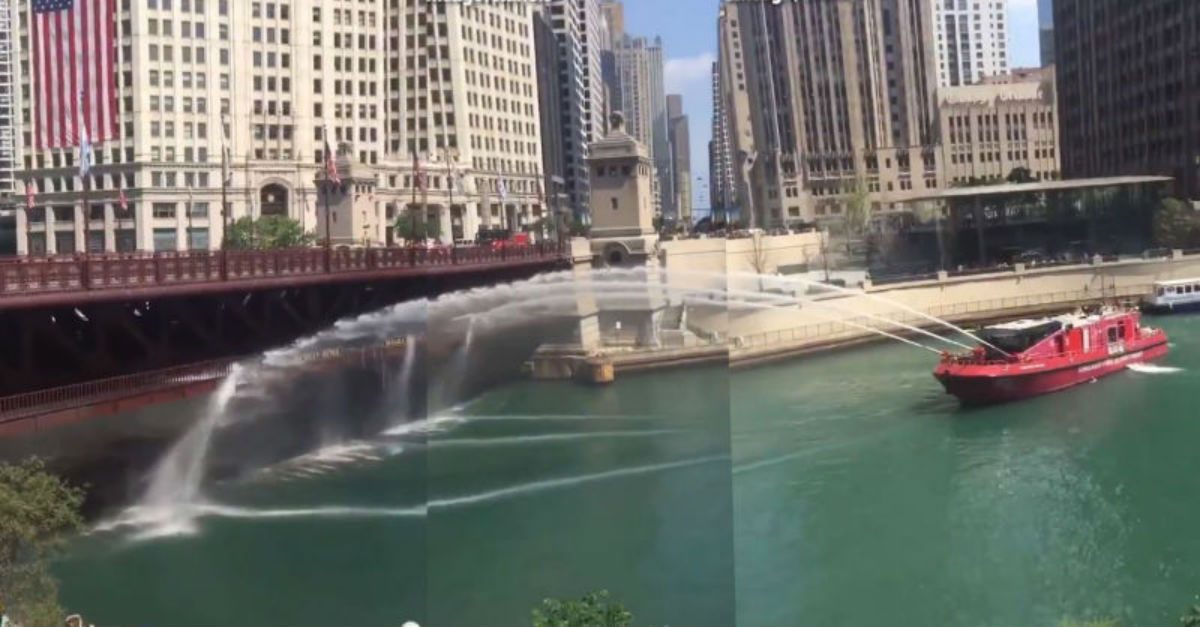 It’s not often that you hear “Chicago” and “heat warning” in the same sentence, but apparently it’s so damn hot in the Windy City right now that the National Weather Service had to issue an “excessive heat warning” for the entire Chicago area.

While there was certainly a good amount of craziness at the Chicagoland NASCAR racetrack over the weekend, the city of Chicago itself has had its own craziness to deal with, as city workers had to actually hose down the Michigan Avenue bridge because it was apparently too hot to operate.

It was so hot in Chicago, Illinois that the fire department needed to hose down the Michigan Avenue Bridge after the steel expanded, reducing clearance for boats. https://t.co/6XTbPX8219 pic.twitter.com/B6880ckLR5

The city of Chicago has several “movable bridges” made of steel that raise up and let boats pass through.

However, officials said in the extreme heat, the steel expands making the bridge inoperable and unable to raise up or close.

Workers had to use a special vessel to propel the water onto the steel beams of the bridge.

If you’re in the Chicago area right now (or really anywhere in the U.S. that’s dealing with the brutal heat), here’s hoping you have access to a pool over this 4th of July week. Lord knows you’ll need one to stay cool.

READ MORE: A drawbridge starts to rise while a family attempts to cross the bridge