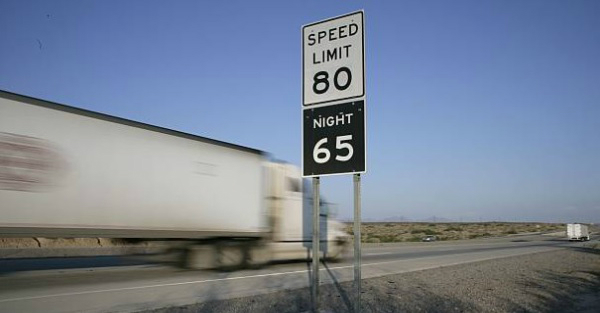 According to a study from the Insurance Institute for Highway Safety (IIHS), higher speed limits are not the way to go if the movement is going to be successful.

The study shows that over two decades, there were 33,000 more deaths simply due to raised speed limits, according to iihs.org. In 2013 alone, the increases in death were around 1,900.

RELATED: A study gives us another reason to hate tailgaters

“Although fatality rates fell during the study period, they would have been much lower if not for states’ decisions to raise speed limits,” Charles Farmer, IIHS vice president for research and statistical services said.

Speed limits are regulated by states, therefore varying across the nation and rising since 1995. In 1973, Congress imposed a 55 mph speed limit known as the National Maximum Speed Limit on any state looking to receive a share of the highway funds. While it was passed in an effort to save fuel, it also resulted in a dramatic decrease in fatalities.

Congress relaxed the restrictions in 1987 allowing for a 65 mph on rural interstates and the law was repealed in totality in 1995.

Researchers found that as speeds went up, so did the death toll. The study looked at data from 41 states over a period of 21 years, with nine states and the District of Columbia being excluded due to low average miles traveled annually.

The study looked at deaths per billion miles traveled by state and roadway type, also taking into account other factors that affected the fatality rate such as changes in unemployment, the number of potential young drivers (ages 16-24) and per capita alcohol consumption.

While those numbers vary from state-to-state, with each five mph increase in speed there was an increase of four to eight percent in deaths. They feel the estimated 33, 000 deaths to blame for the increase in maximum speed limits is an underestimate.