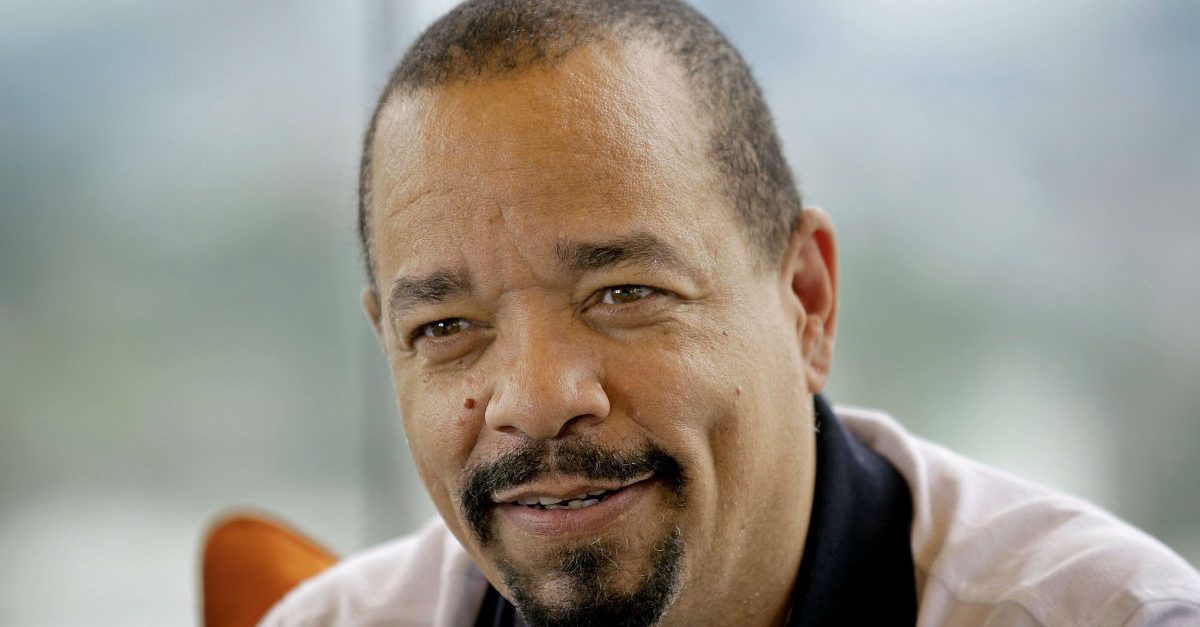 FORT LEE, N.J. (AP) ? Police have arrested Ice-T after he failed to pay a toll at the George Washington Bridge.

Authorities say the actor and rapper was ticketed for theft of services Wednesday when he drove through an E-ZPass lane leading to the span connecting New Jersey and New York. The 60-year-old, whose real name is Tracy Marrow, was driving a new McLaren sports car and was also ticketed for not having license plates and registration.

Read More: Is This the Scariest Bridge in America?

Ice-T reportedly forgot his electronic toll transponder and has them for his other vehicles.

Cops went a little Extra. Coulda just wrote a ticket. In and out.. Moovin. https://t.co/C2YclAxY2m

He later tweeted a photo of himself filming scenes in Manhattan for ?Law & Order: Special Victims Unit,? in which he plays Sgt. Odafin Tutuola.