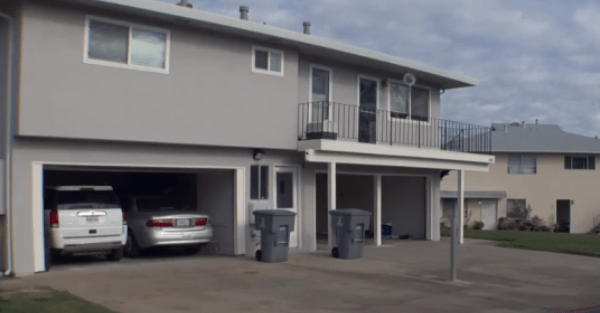 In theory, Homeowners’ Associations exist to provide a better living situation for residents in a community. But sometimes HOA regulations can be ridiculous and a thorn in the side for people.

That’s the case for residents in the Auburn Greens complex in Auburn, California. Residents are being forced to leave their garages open all day because the HOA discovered one of the residents had been allowing people to sleep in their garage.

Now, residents must leave their garages open from 8 a.m. to 4 p.m. every day, or they can be fined $200, according to KCRA News.

Related: A massive parking garage fire took out a massive number of cars

The rule leaves people’s garages open to thieves and burglars, and it doesn’t even make sense considering most people probably aren’t sleeping between 8 a.m. and 4 p.m.

If a thief saw an open garage with no car inside, it would make that house an easy target for a robbery.

“That?s an issue that they should address differently, I feel,” said homeowner Fred Waidtlow. “If we have to have this open from 8 in the morning to 4 in the afternoon, anybody can help themselves and steal you blind. And they do it in this Auburn Greens complex.”

It’s a ridiculous solution to a problem that doesn’t seem like a big deal. Homeowners in the community will likely protest the ruling, and hopefully it’s overturned in the name of common sense.

(h/t The Truth About Cars)