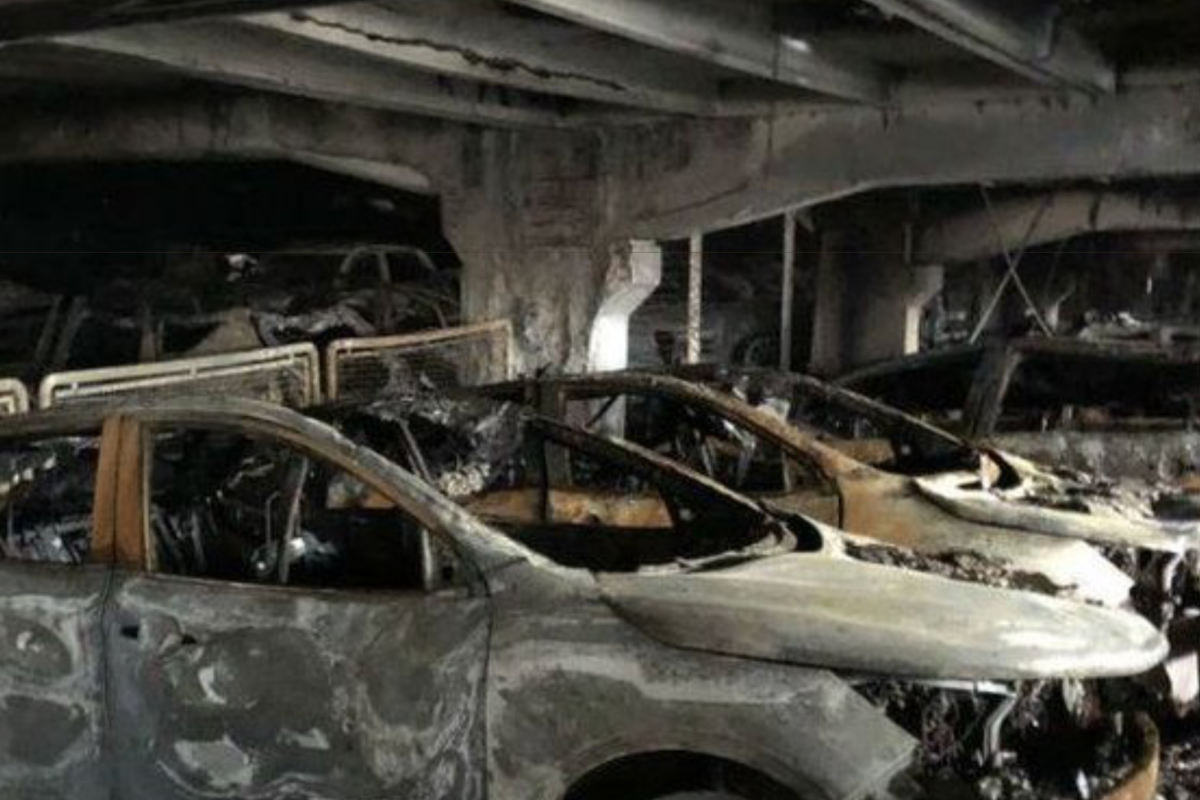 A massive fire took the lives of 1,400 cars in a Liverpool parking structure to ring in the New Year.

The fire took place at the Echo Arena Car Park in Liverpool, and it was said that the fire started accidentally in one of the cars parked there. Since the cars were packed in tight side-by-side, this set off a chain reaction fire that spread quickly.

Fire chiefs say sprinklers could have stopped the blaze at a car park near Liverpool Echo Arena from spreading https://t.co/yt5IC9feJK pic.twitter.com/UOZWGue7ek

Windows and gas tanks were heard exploding for hours, and it took some 21 fire engines to put the blaze to rest.

Every car was reduced to a literal shell of its former self, and all were considered a total loss.

Luckily no one was injured during the blaze.

Related: This video shows how quickly a wildfire can trap you in your car