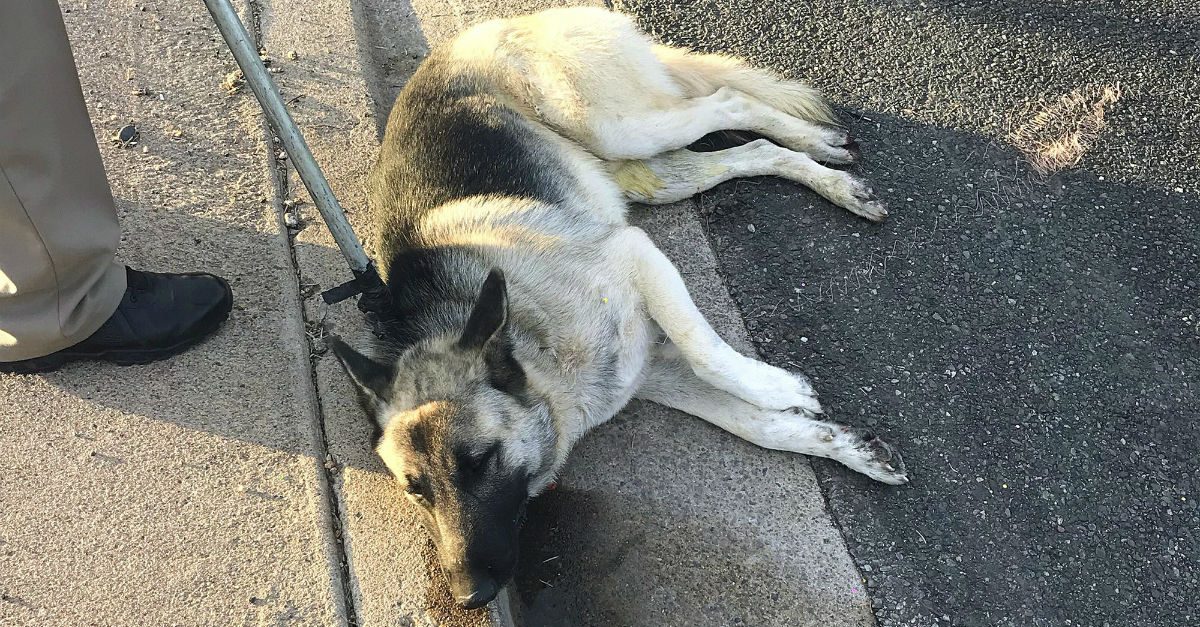 PHOENIX (AP) ? A German shepherd snarled traffic as it loped on and off two Phoenix freeways during Tuesday morning?s commute before it was captured by a state trooper who was bit on the hand while grabbing its collar.

The trooper is going to be fine, and the wayward dog was being evaluated at an animal shelter after suffering paw injuries ?from running so much,? authorities said.

Troopers used a stun gun and a pole-mounted snare to capture the animal after it rambled in and out of traffic and through local neighborhoods, said Trooper Kameron Lee, a Highway Patrol spokesman.

Read More: Man Tries Saving Dog on the Road, but Ends up Seriously Regretting It

Lee said dispatchers got calls overnight about the dog being on at least one freeway and that efforts to remove it intensified for more than an hour when it began tying up morning traffic on busy State Routes 51 and 202.

?Our troopers tried everything they could. We did finally get the dog out and he?s going to be all right,? Lee added. ?He?s just exhausted.?

The dog at one point ran in and out of the carpool lane of State Route 51 before escaping into an adjacent neighborhood. It then turned up on nearby State Route 202, where traffic stopped as it evaded troopers and drivers, going under a truck at one point and evading a snare wielded by a trooper, Lee said.

?The dog just continued to not be cooperative,? he said.

It then left that freeway and troopers found it on a nearby street where the final encounter occurred.

Jose Miguel Santiago, spokesman for Maricopa County Animal Care and Control, said the 1-year-old dog was placed in quarantine to determine its demeanor and whether it has any health problems. It will then be evaluated to see whether it should be put up for adoption or go to a rescue organization, Santiago said.