Dog refuses to take a backseat to VW owner’s wife 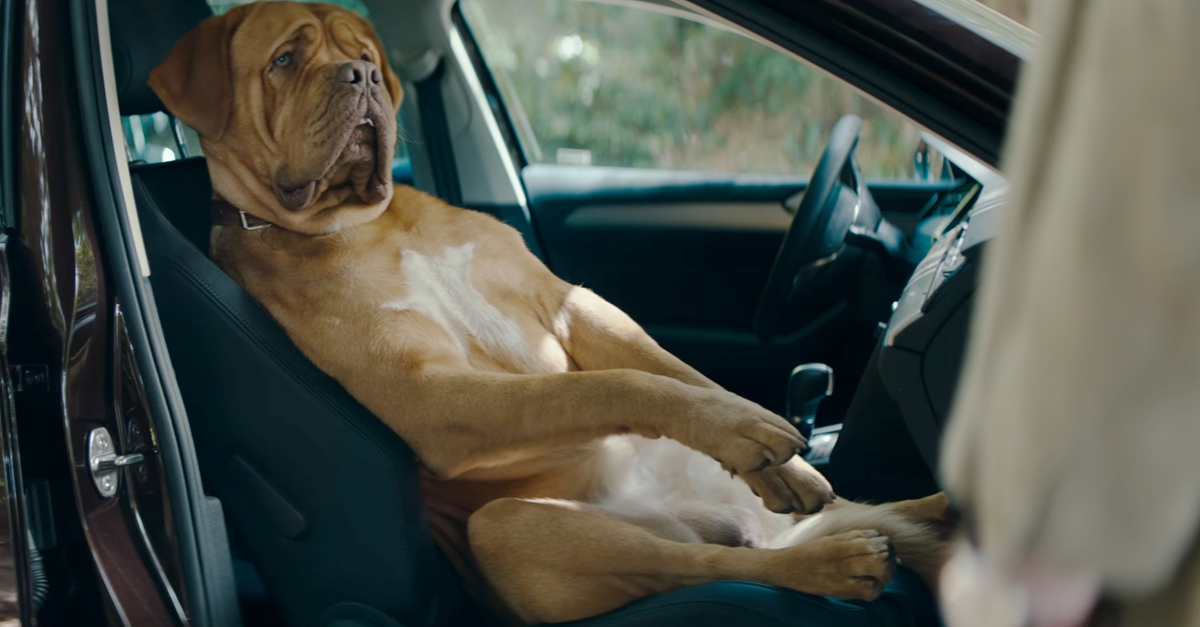 Here’s a Volkswagen commercial from the Netherlands that features a big dog named “Zit” who thinks he’s people. You know what you call it when you sit in the middle seat in back? Well this dog refuses to be one. He’d rather sit upright in the front seat and rest his elbow on the window. Can you blame him? As the slogan says, according to Google Translate, who wouldn’t want to sit up front in a new VW?