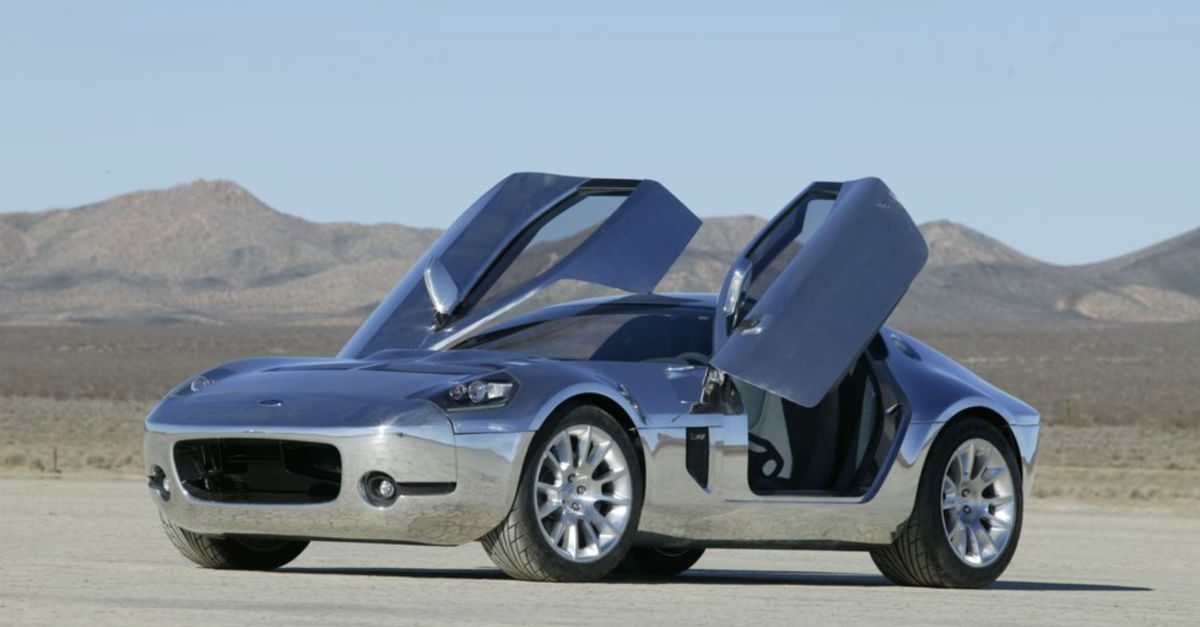 California-based Superformance has built a reputation creating replicas of some of the most iconic Ford race cars ever (the Shelby Cobra, Ford GT, and Shelby Daytona Coupe), but it could soon offer a production version of a car that is even more rare. Although nothing definitive has been announced yet, Car and Driver is reporting that Superformance CEO Lance Stander recently spoke of his intentions to build a production version of 2005 Ford Shelby GR-1 Concept during an interview at the Petersen Automotive Museum in Los Angeles, California.

The Shelby GR-1 was a concept car introduced at the 2005 North American International Auto Show, and while Ford hinted at a production version back then, such a car never came to fruition. The GR-1 Concept featured extensive use of lightweight aluminum including an aluminum body and an aluminum 6.4-liter V10. The Ford design team created the GR-1 to be a modern interpretation of the Shelby Daytona Coupe, which raced in 1964 and 1965. The Daytona Coupes were essentially hardtop versions of the Shelby Cobra with added attention to aerodynamics.

As far as a production GR-1 goes, the report says that Superformance will team up with Shelby American to create not only gasoline-powered versions of the car, but also all-electric variants. While the idea of an electric Shelby sports car might seem radical, Shelby American vice president Vince Laviolette said that Carroll Shelby was looking at electrification before his death in 2012. Stander said that he is hoping for a 0-60 time of around two seconds, so it’s hard to argue with that!

While no agreement has been announced, Superformance has been in talks with Ford’s licensing department to build an official production version of the Ford Shelby GR-1. One major hurtle left, though, is the 2015 Low Volume Motor Vehicle Manufacturers Act, which has yet to be finalized. Even though it sounds like a Superformance is still far from receiving a green light, there are already plans for a commemorative run of the first 200 examples that will feature an all-aluminum body like the original concept car with subsequent builds would getting a carbon fiber body.