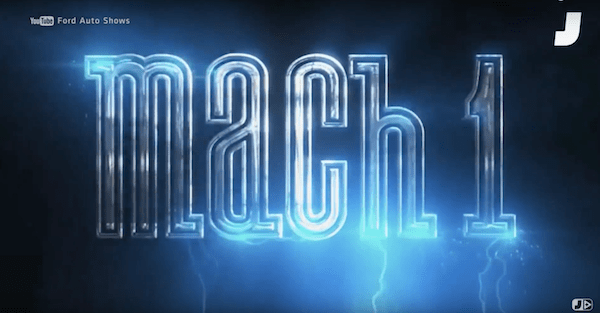 It?s only a matter of time before a traditionally gasoline powered muscle/pony car enters the electric car world. It?s the future and someone needs to go first, but that time has not come yet. Ford announced at the Detroit Auto Show that they would release a battery electric performance car called the ?Mach 1? for 2020.

The Mach 1 was a performance package on the Ford Mustang in the late 60s and 70s. The last Mustang Mach 1 was sold in 2003-2004, and many have wondered when Ford would bring it back, especially with the Bullitt Mustang making a return.

He then clarified his tweet message to Jalopnik saying they are:

?Researching the name Mach 1 to see how customers respond.?

An electric crossover is cool and all, but there is no way Mustang fans would approve of this name. With so many car names available, why use such an iconic name that has been associated with the Mustang for so many decades?

Related: Ford may be releasing a special edition car on the 50th anniversary of an iconic classic