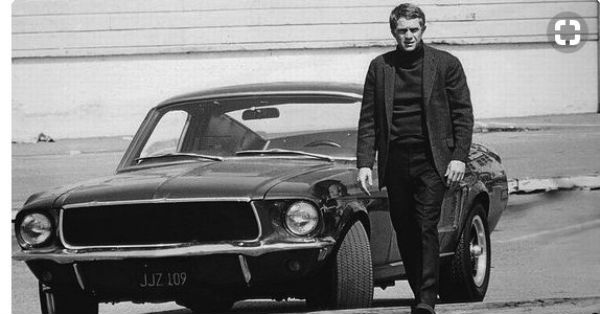 When Steve McQueen’s Bullitt debuted in 1968, it involved one of the greatest car chase scenes in movie history.

Now, 50 years later, Ford is reportedly unveiling a new Bullitt Mustang on Jan. 18 at the Barrett-Jackson Scottsdale auction, according to Mustang6G.com.

AutoBlog reported that official website doesn’t indicate anything other than it will be a new Mustang and the proceeds will go to the Boys Republic.

Related: You could buy this custom Mustang that can make it?s own movies

Steve McQueen attended Boys Republic and remained involved with the school as an adult, so many put two and two together and assumed the new Mustang is in fact a Bullitt Mustang.

It’s unclear what the Mustang will look like exactly, but AutoBlog speculated that it will likely be the same green color it was in the movie, and it will have black and silver wheels. It’s also expected to have a Bullitt film logo on the back.

Just in case you forgot the iconic car chase scene:

It’s easy to see why people are excited about the possibility of a new Bullitt Mustang.