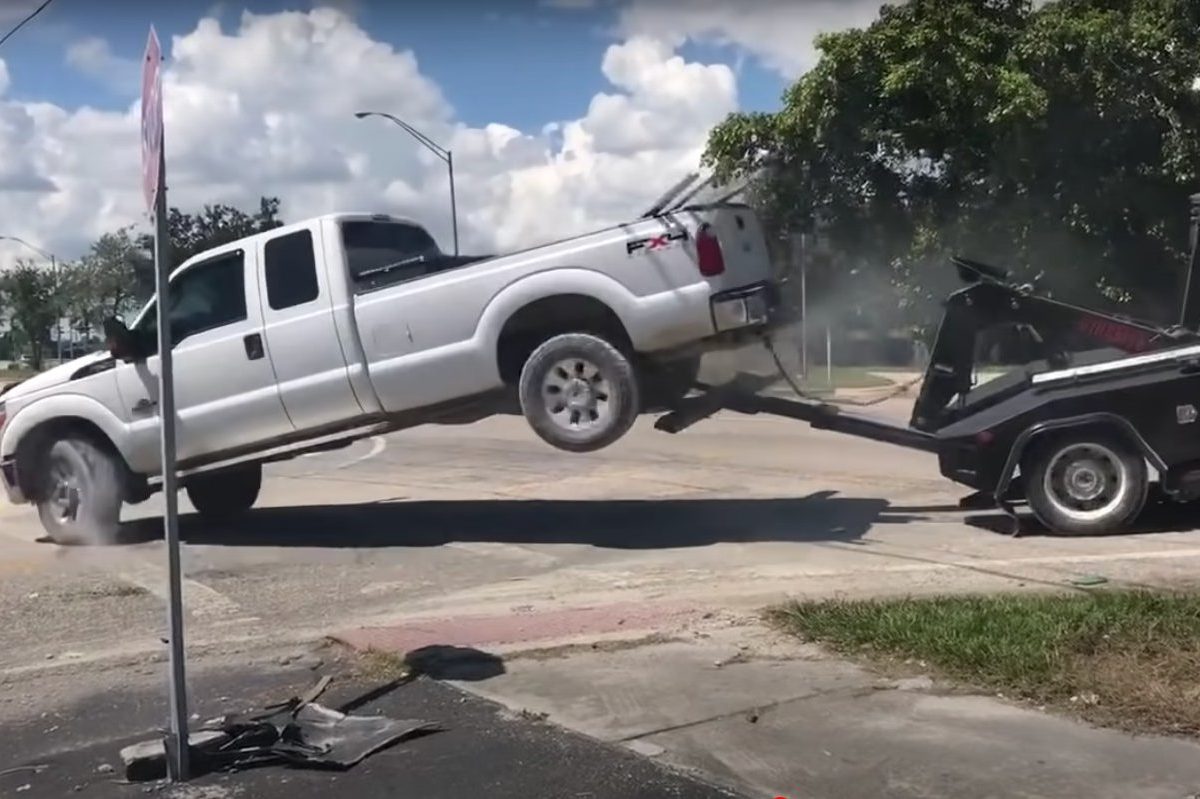 We’ve introduced you to the phenomenon known as truck tug of war before, but the video you are about to see is just a little bit different. You see, in a truck tug of war, the whole thing is a friendly competition, with both participants being willing.

But, in this video below from out of Homestead, Florida (of course this happened in Florida), the scene is less of a tug-of-war sort of deal and more of an actual escape-type situation. The fugitive? A Power Stroke diesel-powered Ford F-250. Its captor? A Ford F-450 tow truck.

According to Jalopnik, here’s how the above incident essentially unfolded.

According to a representative from the company, the tow truck driver picked up this white Ford Super Duty as part of a repossession.

After the vehicle was loaded up and driven away, the owner allegedly caught up with the tow truck at an intersection, and hopped in. He then reportedly told the tow truck driver he needed to grab some personal items, before firing up that Power Stroke diesel and putting the truck into gear.

According to the employee, the tow truck also sustained some damage, and Miami Dade police ended up arresting the white truck?s owner.

As you can see in the video, the F-250 really put its torque to the test and, all things considered, gave it a decent fight. But with the tow truck’s safety chain holding the Ford truck tightly in place and the L-arms caught deep in the F-250’s suspension and wheel wells, that would-be runaway Ford wasn’t going anywhere.

Better luck next time, I guess?