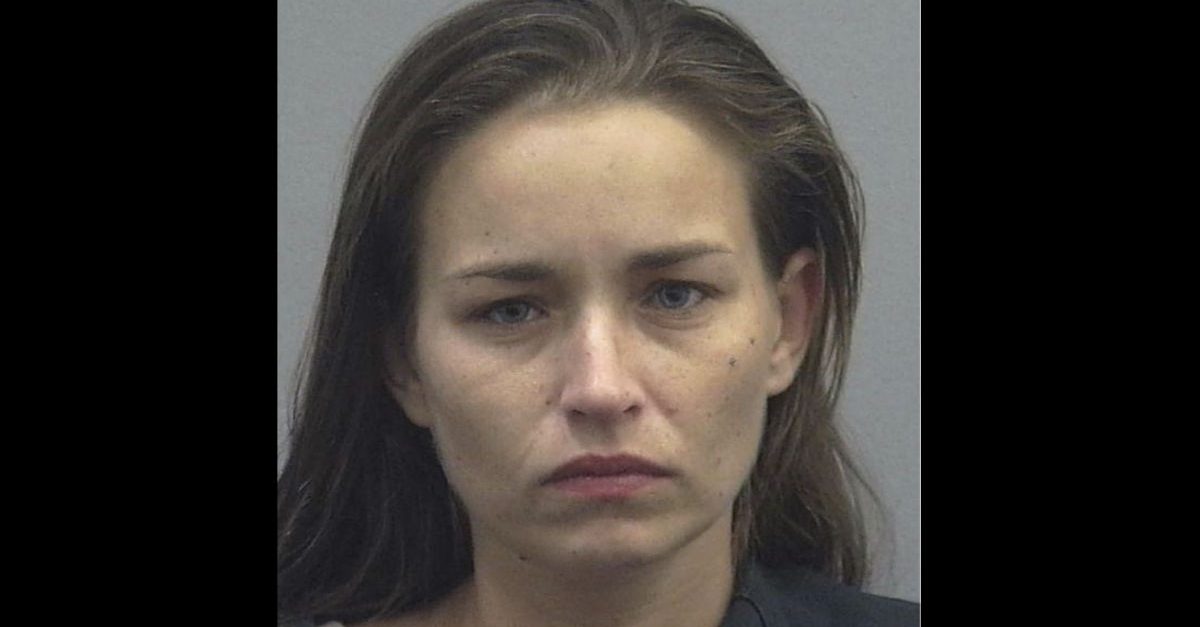 Mary Fritz started her week in the back of a police car. On Monday, September 9, the 30-year-old Gainesville, Florida woman was arrested after another woman claimed that Fritz was stalking her to High Springs Police Station. And, you know what that have at police stations? That’s right, police! So, it didn’t take long before Fritz was handcuffed and on her way to jail.

Well, the alleged stalker didn’t feel like going to jail that day, so instead of just enjoying the ride, she pulled a Houdini by slipping out of her handcuffs, and for her next trick, she straight-up stole the car that was supposed to be her transport to the clink. How did she pull it off? I guess we would’ve had to have been there to figure it out. What we do know is that she led police on one wild chase before eventually getting arrested for the second time.

Per The Gainesville Sun:

Police used GPS tracking to follow the police car after Fritz rammed it into the automatic gate at the station and left Alachua County, the report said.

High Springs police charged Fritz with grand theft of a vehicle, stalking and criminal mischief and with probation violation for making violent contact with the woman.

She was taken to the Alachua County jail, where she remained on Tuesday with a total bond of $95,000.

Wow. This lady has watched way too many action movies in her day. I mean, did she think she actually would’ve been able to get away with it? Live that fugitive life all over a stalking charge? I’m guessing she didn’t really think that far ahead. After all, that ridiculous Florida heat has a way of making you do crazy things. Or so it seems.