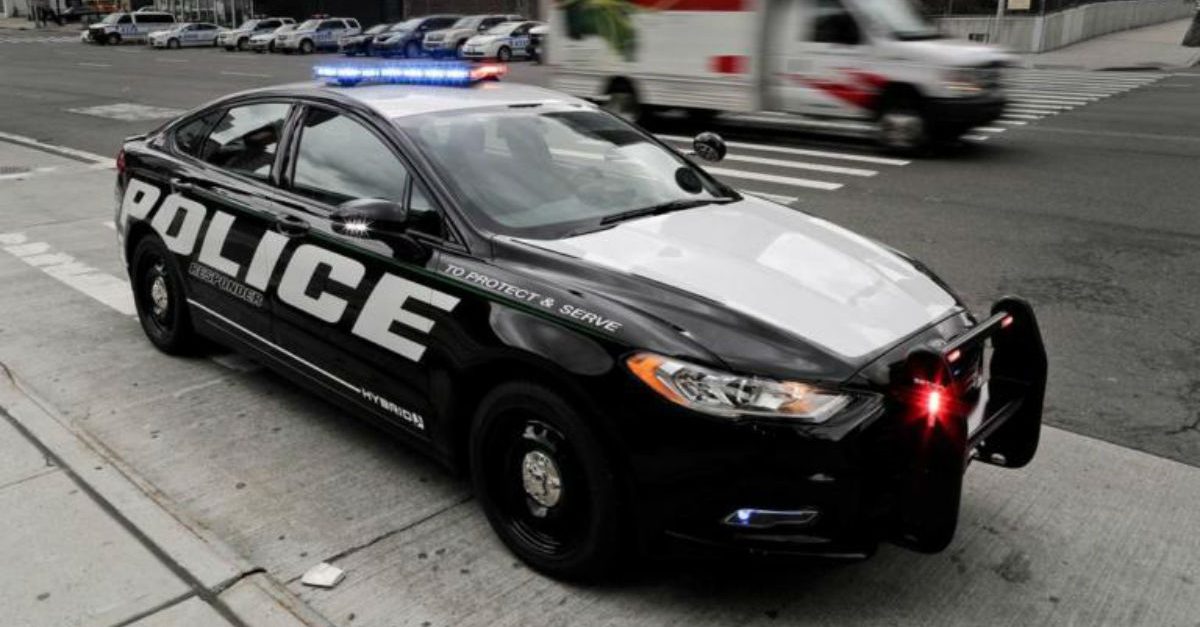 FORT PIERCE, Fla. ? A Florida police officer has been suspended for allegedly playing Barry White while letting an arrested couple smoke and make out in the back of his patrol car.

According to an internal-affairs report released Friday, Fort Myers Police Officer Doug McNeal placed the couple in the back of his patrol car after they’d been charged with shoplifting at a Walmart in July. Authorities said 23-year-old Zachery Moellendick and 24-year-old Krista Leigh were not placed in seatbelts. Moellendick was not in handcuffs and had a lighter and a cigarette. Leigh was handcuffed with her arms in front.

The alleged incident was captured on video, shown in the news report below (Barry White enters the video at about the one-minute mark). Florida Today reports the video shows the couple making out ? and then performing some sex acts. To which the officer played “Can’t Get Enough of Your Love.”

He also agreed to let them smoke ? after Leigh even points out she didn’t think they were allowed to.

The Fort Myers department says McNeal has been suspended for 20 days without pay.

According to the report, McNeal said he saw the kissing and “was fine with it.” He denied seeing sexual activity.