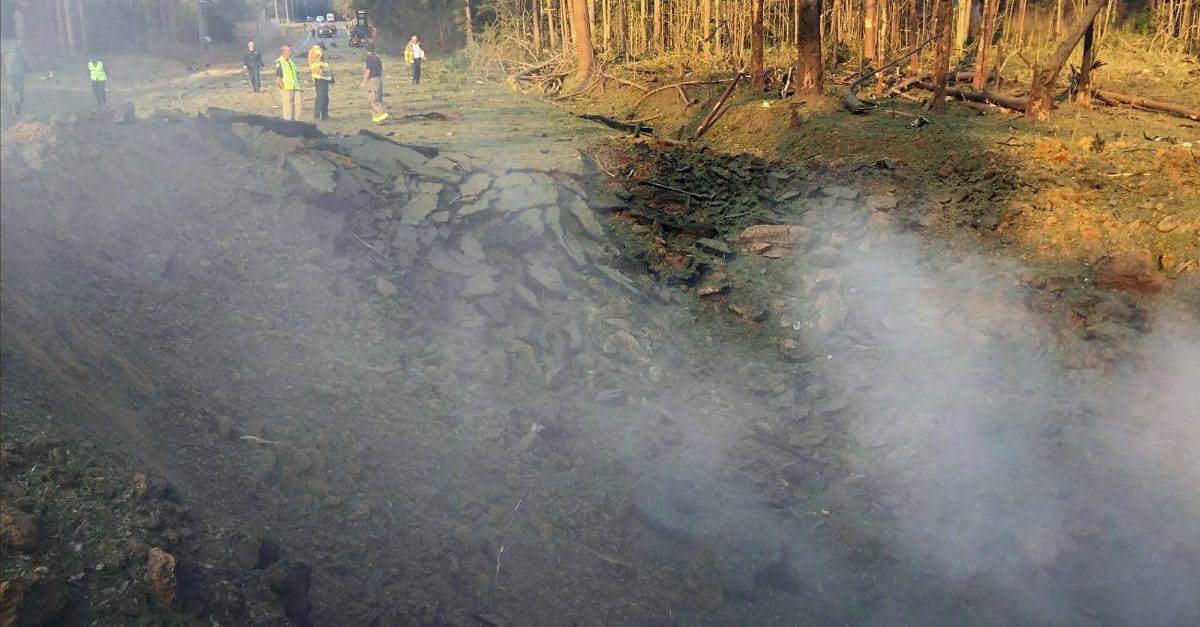 CAMDEN, Ark. (AP) ? A commercial truck hauling a chemical commonly used as fertilizer exploded Wednesday on a highway in Arkansas, killing the driver and creating a massive crater in the road, authorities said.

The explosion happened west of the city of Camden, or about 100 miles (160 kilometers) south of Little Rock. According to Arkansas State Police, the driver had called 911 early Wednesday to report that his brakes had caught fire.

The driver, 63-year-old Randall McDougal, attempted to extinguish the blaze but was killed when the truck exploded, authorities said.

Ouachita Co: U.S. Highway 278 will remain closed until further notice. This morning’s accident left about a 15-foot deep crater in the road. Once the accident has been cleared, our crews will begin to repair the highway. Updates as they are available. #ARnews #ARtraffic #ARleg pic.twitter.com/O6DIXGjPnk

Read More: Watch This Massive Crash After SUV Pulls in Front of Truck Speeding Down Off Ramp

?It looks like a bomb went off,? Camden Fire Chief Robert Medford told the Arkansas Democrat-Gazette. ?There?s a big hole in the ground on where the truck was at.?

State police said that McDougal was employed by Blann Trucking Co. and was hauling ammonium nitrate from El Dorado to Texarkana in south Arkansas.

The Arkansas Department of Transportation said crews would begin repairing the 15-foot (4.5-meter) crater once the wreckage from the accident was cleared. The affected road is a low-volume road that carries about 1,300 vehicles per day, department spokesman Danny Straessle said.

Read More: A Truck Crash at This Famously Low Bridge Ends in a Double Whammy